When the news from the glorious leader arrived that there would be no club on the 22nd May there were some people who accepted it, some got angry, some broke down in to tears but a few of us decided no, we will not go quietly in to the next week, we are not cancelling the apocalypse, dice will be rolled in anger!

On the Saturday we held the first games of -

This is set up as a narrative driven escalation campaign set up to bring players who are just starting out to near full sized games.

You can find the primer document here which sets out the start of the story, how to participate, how to sign up and how to submit results.

The first day 3 starter box games were played. These represent the UCM Expeditionary Force arriving on New Asgard and dropping in to a cauldron of fighting with no allies on the ground. Communication has yet to be established with local Resistance forces with the Scourge fully entrenched on the planet, PHR pulling the strings and Shaltari arriving and throwing themselves in to the fray. 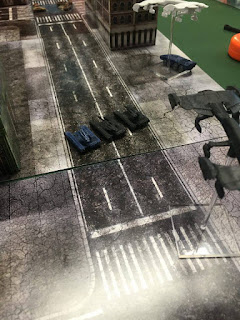 Rapiers deploy to cover the Bear APCs and infantry heading to the objective building, 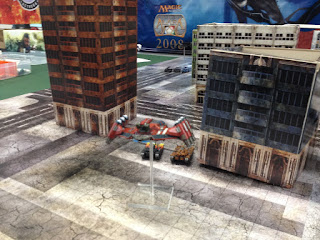 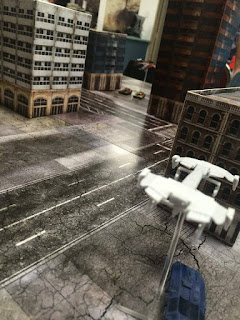 Resistance tanks move in on the Rapiers 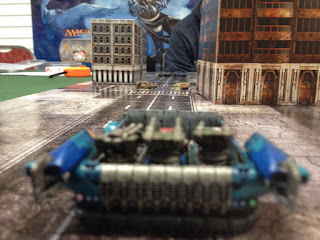 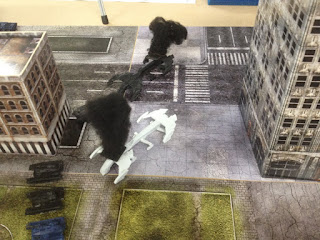 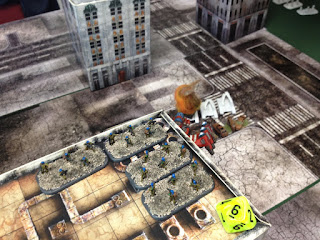 20 Resistance troopers with their homemade RPGs focus fire on one Sabre MBT and score a kill. 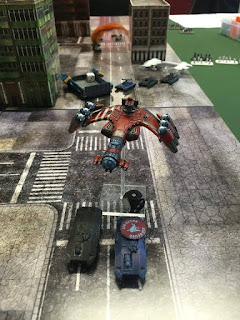 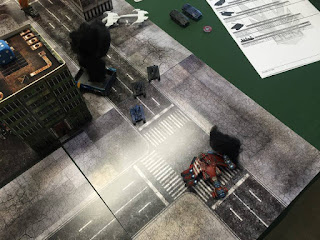 Final score 4-2 to the Resistance with the UCM taking heavy air losses but still strong on the ground force. 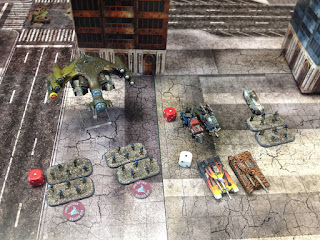 Resistance survivors of the first encounter with these strange vehicles of unknown design. 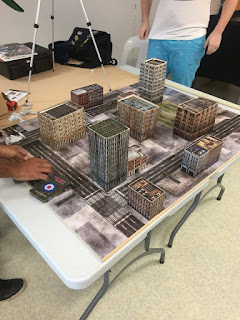 What starts as a calm city block. 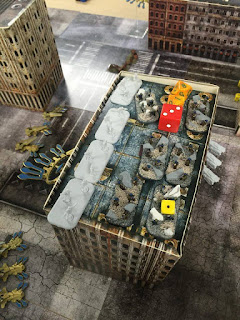 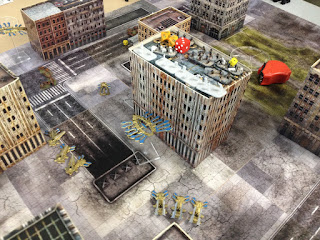 Ends up with a bloody mess in the large centre building as every infantry model in the battle take part in one almighty CQB with the Shaltari Braves coming out on top.

Final score 1-0 to Clan Aiur.
Note: David will have a video report of this available at a later time and I will link that in to this. 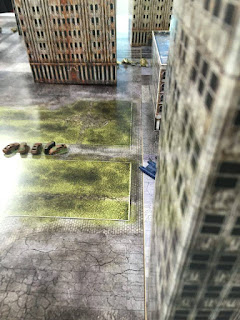 UCM Rapier spot the lighter armoured Tomahawk MBT and start to unleash countless rounds over a couple of turns overwhelming the Shaltari shields and winning the exchange. 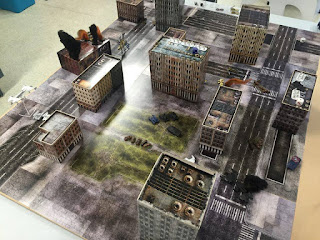 With David having one objective off the table and Greg holding another the game looks all but done, until Greg unleashes everything in to the building housing the Shaltari infantry, crushing them as the building collapses around them and shattering the Haven gates using it as cover.

Final score 2-1 to Clan Aiur.
Note: David will have a video report of this available at a later time and I will link that in to this.


On Sunday 23rd games of Malifaux were also played, below are some pics posted in the TCOW Facebook page by Martina and from the NZ Malifaux page which you can find here. 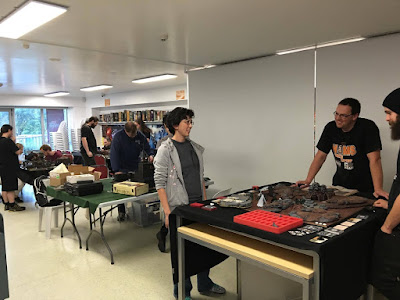 The crew all set up and ready to cheat, legally of course. 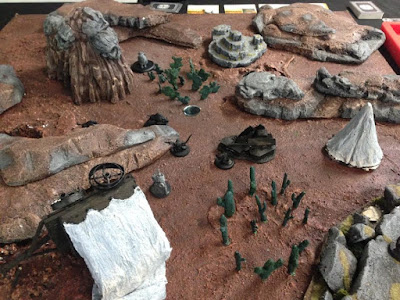 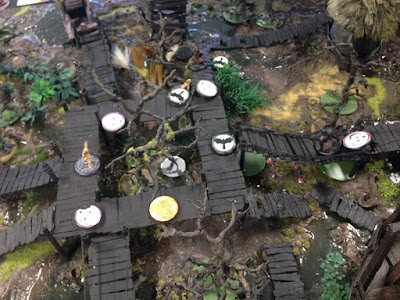 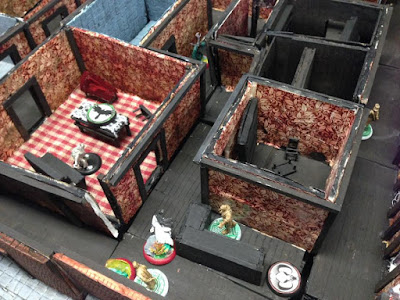 As always amazing terrain by the Malifaux crowd.

So even with the club day rug pulled out from under us games were had and plastic/metal men and women were destroyed in a multitude of savage ways.

The games must go on. 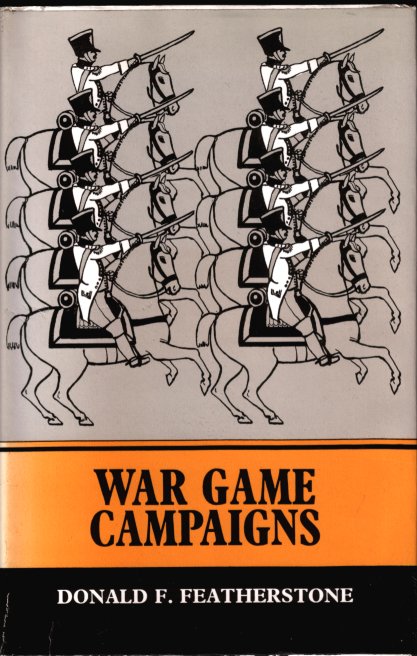 One of the best ways of playing any kind of wargame or tabletop game is in a narrative campaign setting. Over the course of many individual games in your chosen system, your force/warband/gang gets better or worse at what they do depending on how well you play.

And of course...the could get dead.

Starting over the course of the next few club meetings, we're going to have a few campaigns starting in a couple of different systems. 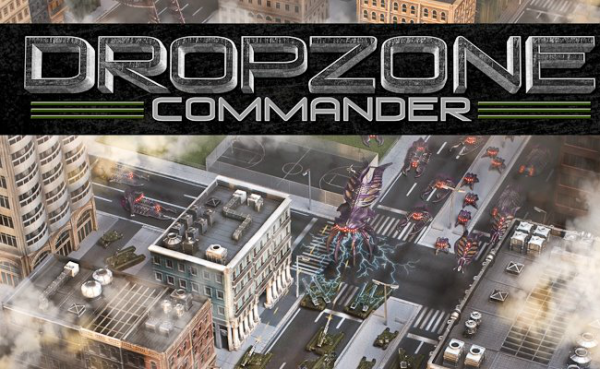 So, if you're interested in getting involved in one of these campaigns, just on to the TCOW Facebook page and get involved!