Mate! Sturges Road Community House was chocka-block on Sunday! You should have seen the place, it was jumpin'! If there was every any dispute (and to date there hasn't been, I'd just like to point out) that TCOW is THE GREATEST gaming club in Auckland, they've been well and truly dispelled!

We had games of all shapes, sizes, genres and colour. We had tanks. We had Wizards. We had dropships. We had cards. We had it all! Do you wanna see what we had? Sure you do, that's why you're here! 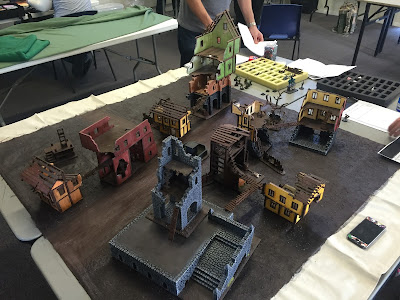 Molly's Frostgrave campaign is well and truly underway with 2 tables of spooky looking terrain dominating the centre tables this week. Jon and Molly paired up while Bool and Martina walked their respective bands through their paces among the frozen streets. 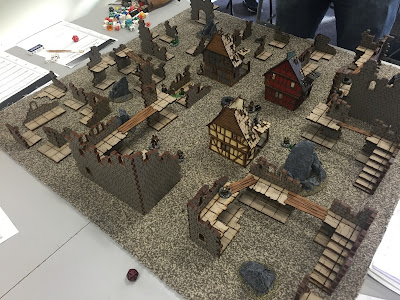 Humans, Elves, Orcs (yeah, Orcs can be wizards too!) all vying for the best of the treasures and to get their spellbooks bolstered for the next time they ventured into the chilly surrounds of the frozen city. 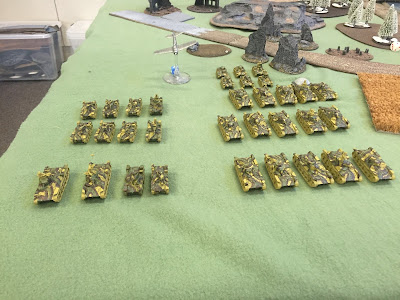 Damo has done it! His completely unrealistic and historically inaccurate Japanese tank horde has taken shape and decided that it needed some competition! And what better way to introduce them to battle than against a German SS tank army, right?! I think we all know how this one is likely to end.... 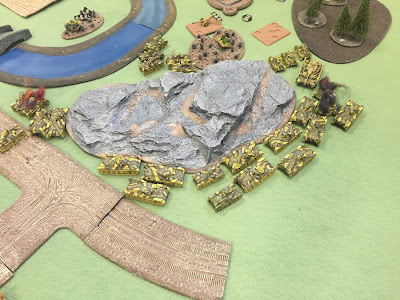 Damo managed to hold on here for quite some time, with his NGFS taking care of a single Panther while his air-wing failed to make any inroads into the far superior German armour. A hard-fought 5-2 to Darren. He really had to work for it! 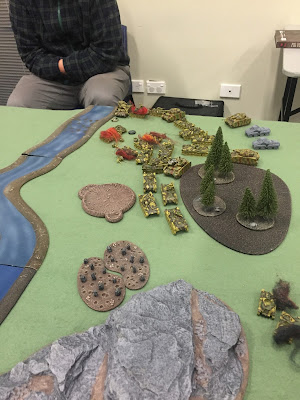 The Leprechaun's Tale continues with the Shaltari assaulting into the UCM through the building and monorails of Kobenhavn. 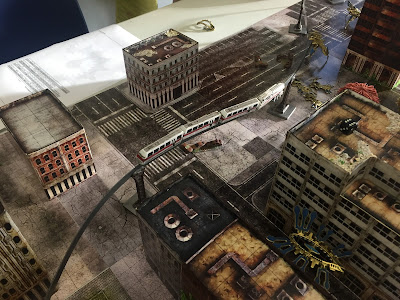 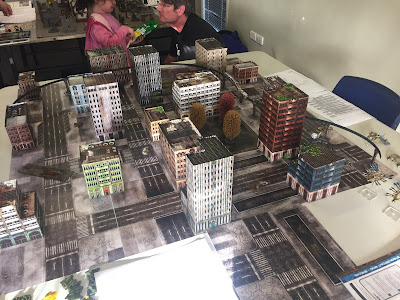 I'm unsure as to who won this one, but having played against the cheaty Shaltari before, I reckon it might have been them! 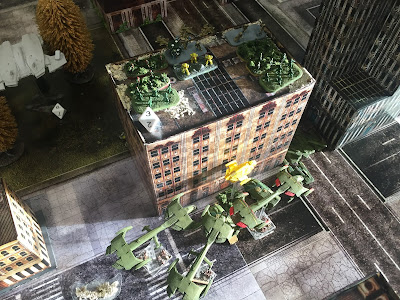 Monkey and I decided to have a crack at some Bolt Action. Monkey brought his SAS and I brought my SS, so it was the battle of the S! He even had a tank on his side, which didn't make me feel so bad about bringing one! 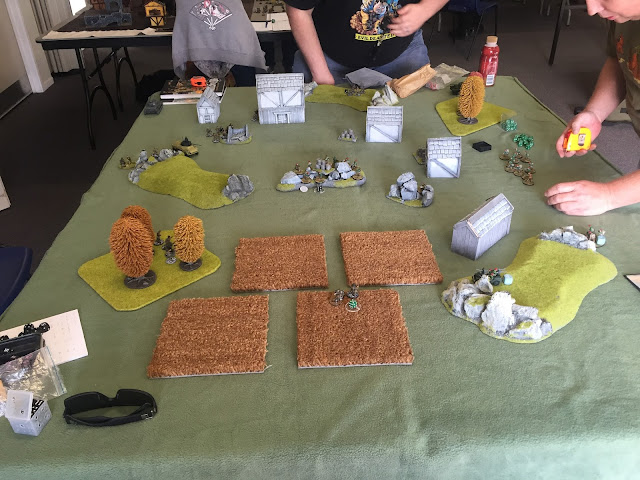 The thing about Veteran units is that they're pretty small, so this one was a blood-fest! Lots of dead elite troops on both sides by the end of it! Monkey had to hold the objective in the centre to win. I just had to kill him....and I got so damned close! Last turn of the game, all the SAS are off the boxes and he runs a FREAKING OBSERVER in as his last action! Bastard!!! Such a fun game though! 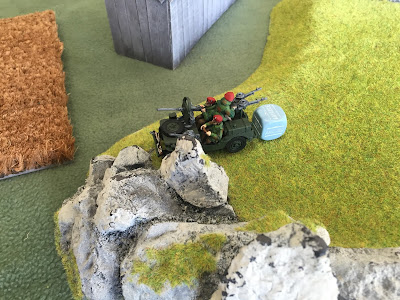 Despite the TCOW Commander league being concluded the previous meeting, our group of card-floppers couldn't help but walk the Planes for a little while. 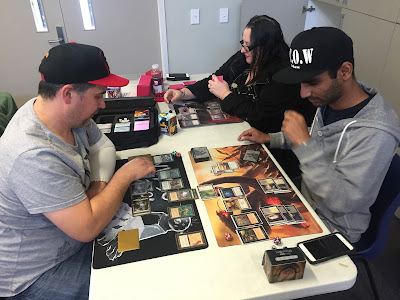 I believe the next organised play will be the next Conspiracy set, so watch this space!

But there you have it! Another TCOW in the books, and a successful one at that! If you're interested in Gaming in Auckland, why not come and join us. Details of meetings are on our Facebook page.