Even with a bunch of regulars away at Panzerschreck* in Palmerston North, we still had a decent turnout this Sunday just gone. The weather was wild, so we shut the doors, cranked up the heat pumps and rolled some dice in relative comfort.

Because this is the world we live in, we soon discovered that the artwork outside the Sturges West Community House is also a gym in Pokemon Go. There aren't any Pokestops, but the gym is level 9. To help you find the gym, I've conveniently marked it on the Streetview screenshot below.

It wasn't all Zubats and Rattata. A bunch of games were played and we even had some new faces!

David and Saul fought it out in the Ardennes, with Saul's Allies getting caught out by David's "Operation Grieff" Germans - sneaky Germans dressed as US soldiers with German tanks modified to look like American vehicles. 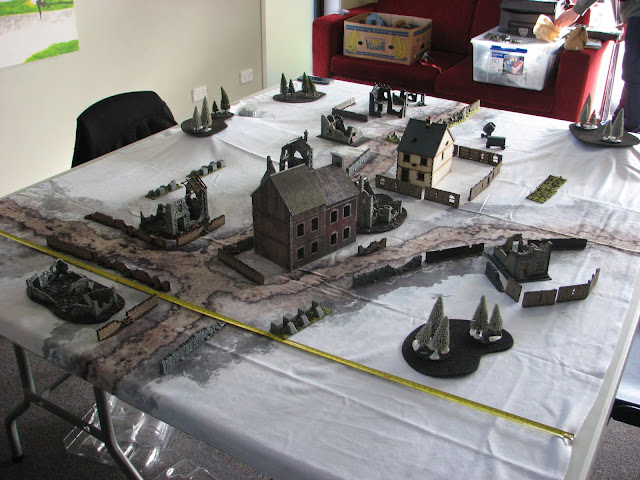 While Warlord Games do sell Ersatz Panthers, David decided to make his own. It took a lot of work, but the end result looks on the tabletop. 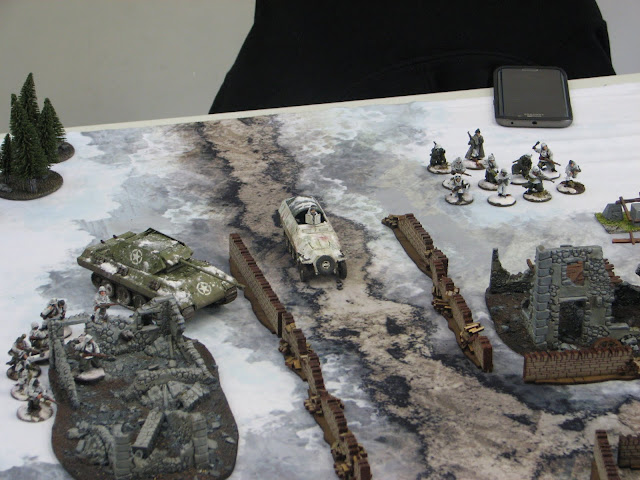 Also on display was Dragon Rampant, a fantasy take on Osprey's Lion Rampant. In terms of scale, Rampant is smaller than Kings of War with armies consisting of only a few dozen models in units and a solo character or two.

I didn't see much of the game, but it looks like armies are designed free-form, with units assigned one or more ratings that govern how they perform on the table. Special rules can also be added to account for things like Undead.

If you've got some fantasy figures in a box somewhere that haven't been permanently mounted to a movement tray for Kings of War, you might want to check this out.

Even though Faizel's Magic the Gathering league has come to an end, we're still getting steady numbers of people turning up for casual games. There were four this week tapping mana and... doing things that Magic players do. 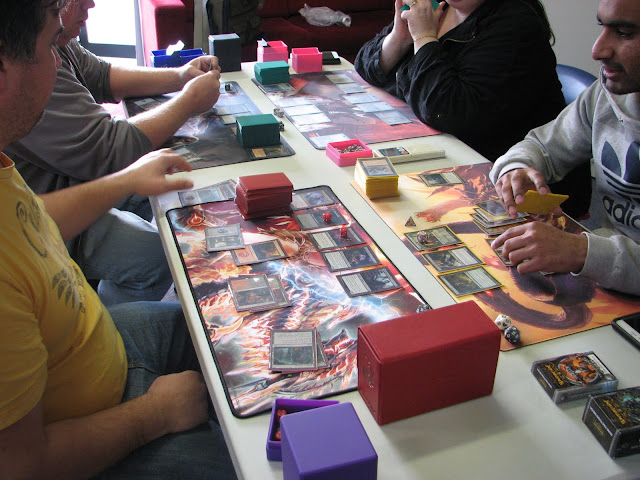 Down the back we had what I think might be a first for T.C.O.W. - Blood Bowl! 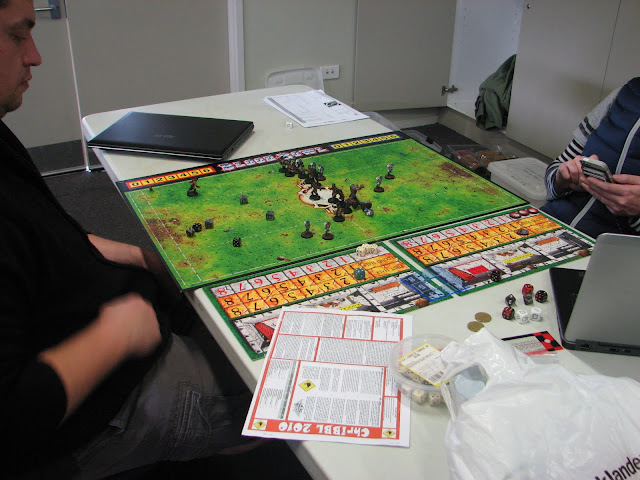 Finally, there was my game of Frostgrave against Jonathan. We're both taking part in Molly's campaign, though it is fair to say Jonathan is having a much better time of it. 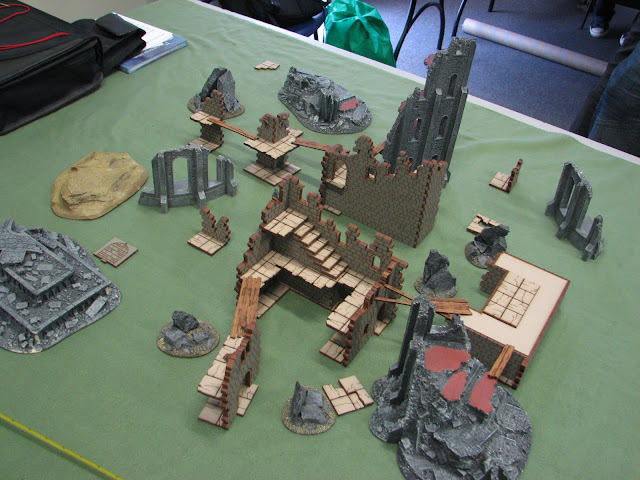 There was a 10 level difference between our respective Wizards' levels, and the scenario we played (The Keep) made things a lot more chaotic than usual, leading to all sorts of shenanigans. In the end it was a clean sweep in Jonathan's favour, with the members of my warband either taken out of action or fleeing off the edge of the table without even a single treasure token.

Later on in the day some X-Wing took place, with the Imperials and Rebels engaging in a fierce battle between between some asteroids. I wasn't able to get any pics, but am looking forward to breaking out my own ships in the near future for a game or three. I need to get some practice in before the Force Awakens era Millennium Falcon goes on sale later this year.

There was one wrinkle to the day's games - the weather. It's been a bit wild recently, and Sunday was no exception. Turns out the roof isn't very insulated and heavy rain can easily drown out most conversations.

The rain meant the kids were forced inside. This normally isn't a bad thing, but this time there was one small(ish) difference.


In the end it wasn't too bad. Especially when the kids realised they could spin the pokemon in the Pokemon Go app to check out a certain part of their anatomy. 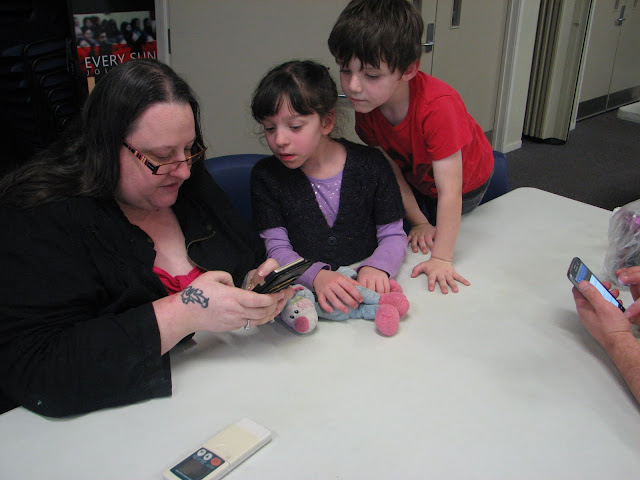 And that's it. We'll be back in two weeks to do it all again. Here's hoping the weather's better next time.

* Firefox wants to auto-correct "Panzerschreck" to "Chimpanzee". Make of that what you will.
Posted by Andrew at 03:59 No comments: