Apologies to some old, dead dudes...

'Twas the day before DanCon, up at Sturgis West House
14 gamers rolled dice, while avoiding their spouse;
The terrain on the tables were laid out with care,
In hopes it would block line of sight here and there;
The children all opted to stay home instead,
While the gamers were happy they weren't 'round their legs.

As the above suggests, we had a great turnout this weekend. Normally this wouldn't be a surprise, but it's a holiday weekend here in Auckland and the weather is good. You'd expect more people to have headed to a beach to make the most of the weather.

Not us. We're gamers.

We had six tables covered in models and terrain and five different systems being played. Most were old stalwarts, but this weekend saw the first outing of Beyond the Gates of Antares at T.C.O.W.. Let's go through what got played...

Dan and Damien decided to skip getting in some last minute practise for DanCon and busted out the movement trays instead. It was Dan's Undead against Damian's Wizard Stinkfinger and his Ogre hordes. I didn't see much of this game, but I suspect the Undead will be feasting on those Ogre corpses for some time.

Jonathan and Daryl took DanCon a little more seriously and got in one last game before Monday's event. It was Jonathan's German Grenadiers holding out as long as they could against Daryl's Cossack horde. Things did not look good early on for the Germans, but I missed how this ended.

Roger and I had a fairly one-sided game of X-Wing with his Imperial TIE Defenders and Special Forces TIE turning my ARC-170s and T70 X-Wing into space dust. I did have one small victory, as I managed to damage one TIE enough that it blew up as it flew into an asteroid on the final turn. The dice were against me for the most part, but the game was still fun. Even if we did end up with most of the ships bumping into each other in the middle of the tables.

Ironically, this was the one game I didn't get any photos of. It was that engrossing.

There were two separate games of DZC - one saw David's Shaltari taking on John's Scourge, and the other had (other) Damien's Resistance facing the technological might of Darren's Post-Human Republic.

I didn't see the outcome of David and John's match, but Darren seemed to share my luck with dice and he made some rather unfortunate rolls.


Beyond the Gates of Antares

I'd been curious about this game ever since it's somewhat disastrous Kickstarter project. I'm pleased to see it's finally made it to gaming tables and this was my first chance to actually see it in action. At first glance, it seemed Bolt Action with smaller squads, and (not really) aliens. Turns out there's a lot more too it than that.

Mark and Rob travelled up from the depths of South Auckland to challenge Faizel to a couple of games. Mark bought the power armoured Concord, Rob had the monkey-like Ghar, and Faizal had some flinty Boromites.

The models look great painted and there's a lot of character there, but I'm not sure if it really appeals to me. I might wait for a few more models to come out and see if there's anything that really grabs my attention.


That's all for this week. Next club meeting is the fifth Bludgefest. Hopefully the weather's just as good and you can all make it along!
Posted by Andrew at 03:32 No comments:

Did you miss us? Club Meeting 15 January

TCOW is back, bigger and better for 2017! We're not resting on the laurels of what was a stellar 2016, we're heading straight into it and we ain't gonna stop!!

The first club meeting of 2017 was a massive affair with 10!!! systems hitting tables at one point or another. It certainly was a full house! We played, in no order whatsoever: 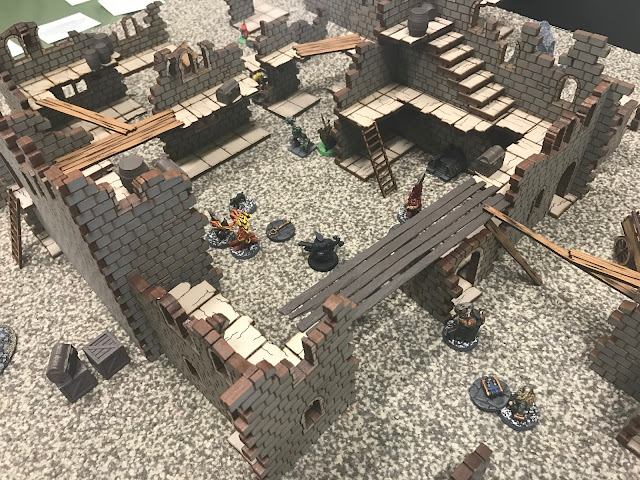 And finally, what I think was the best game of the day. Saul brought along his Black Powder ACW armies to run me through an intro game. They are some bloody good looking models and the game is super fun and pretty simple. I think this is gonna be my 2017 new system... 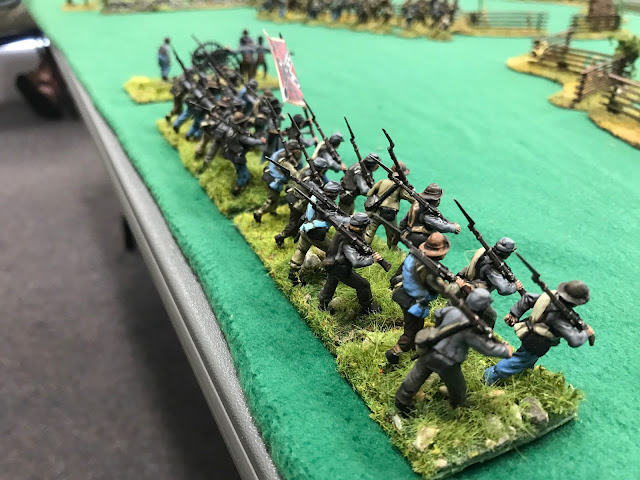 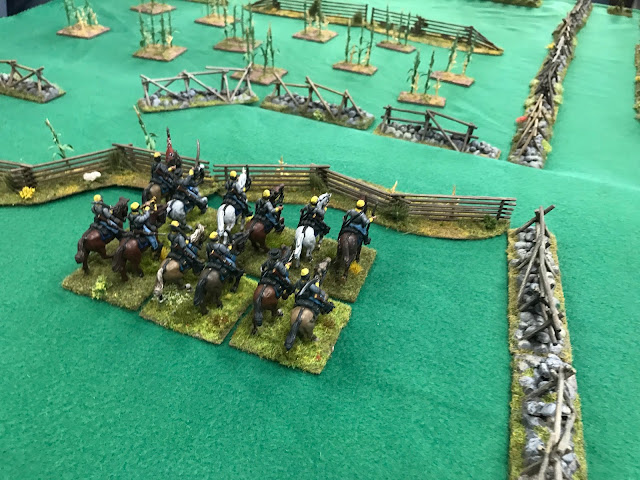 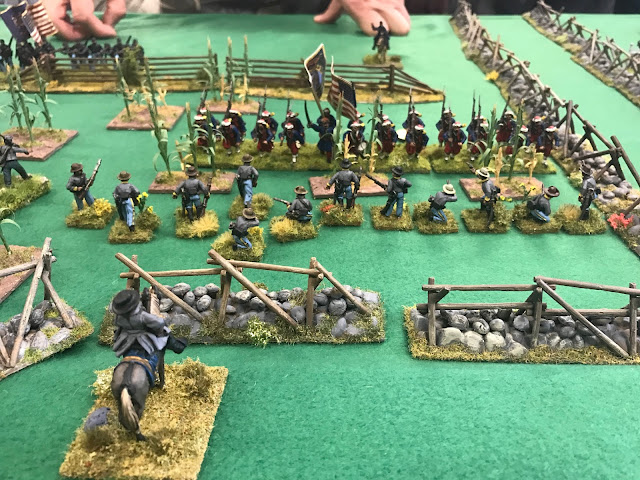 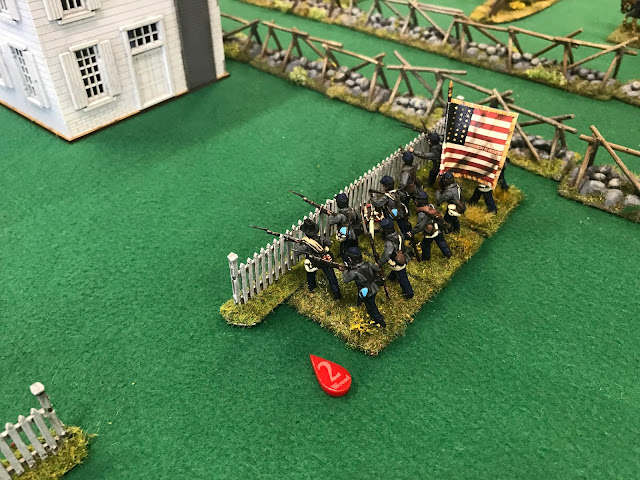 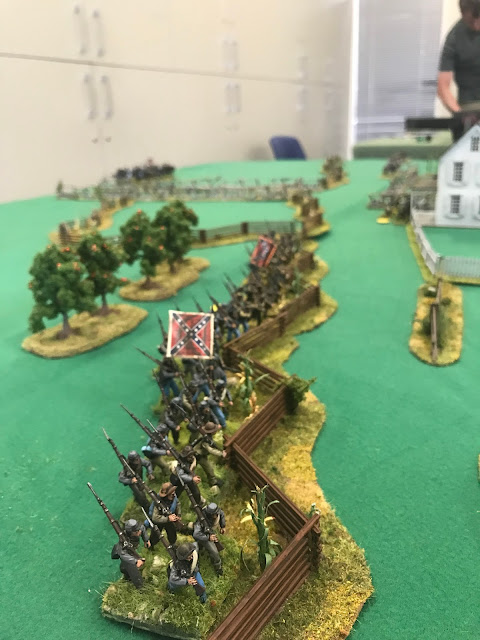 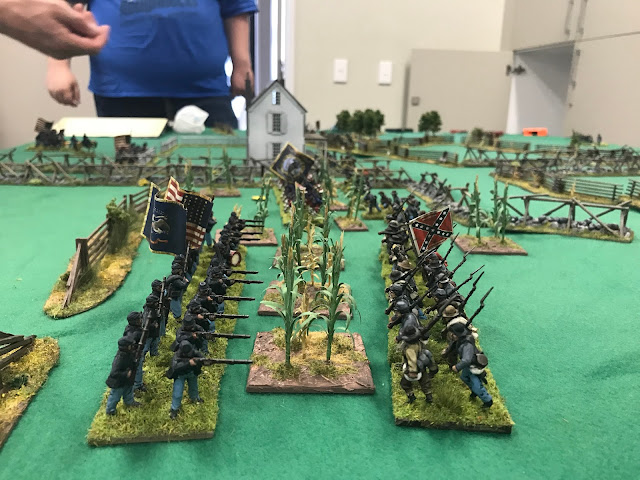 And so that was that for the first meeting of 2017! If this is a taster of what the year is going to hold, count me in!!

Now, if you're wanting to renew your membership for the year, have a chat to Dan.


Also, there are a couple of events coming up...

DanCon IV on the 30th of January. This year is Mid-War Random Doubles and spaces are almost full up. Get in quick!

SteamCon at Mighty Ape on the 25th of February. This is the multi-event weekend at MA encompassing Warmahordes, Guild Ball and Blood Bowl! Talk to Dave if you're interested but if you haven't been to a Mighty Ape event in the past, I can highly recommend getting involved. The swag is AWESOME!

That's it folks, see y'all in a couple of weeks!