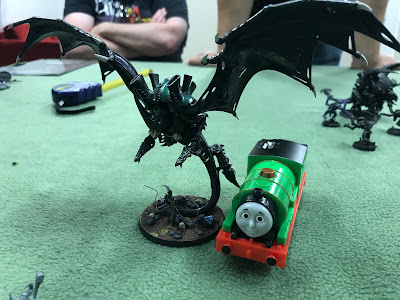 Woooo wooooo!!! All aboard the HYPE TRAIN!!!

This weekend was release weekend for the new edition of Warhammer 40k and it has many TCOW gamers now firmly in its daemon-like talons!

Now, hang on, hang on....we don't play GW games at TCOW, right? Well not any more noob! This latest edition now streamlines the game and makes it fun again! A lot of people with whom I have spoken have now said that its the best version of 40k since 3rd.

And so, with new Dark Imperium boxes, Indexes and assorted spikey terrain, we hit the club and had a total of 6 games of 40k played. The races played included: 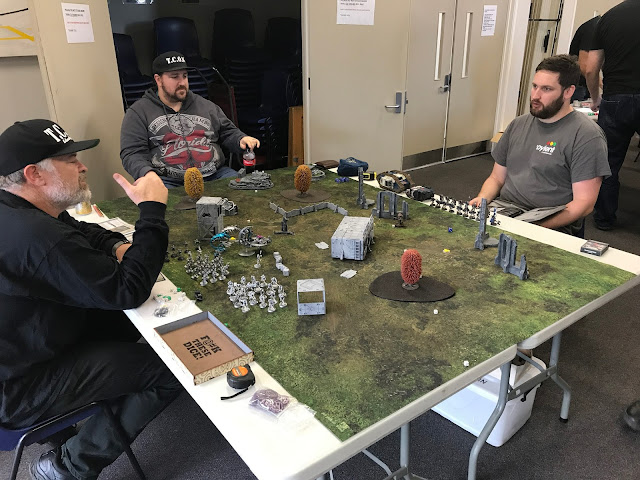 Necrons about to take on the World Eaters and Kharn... 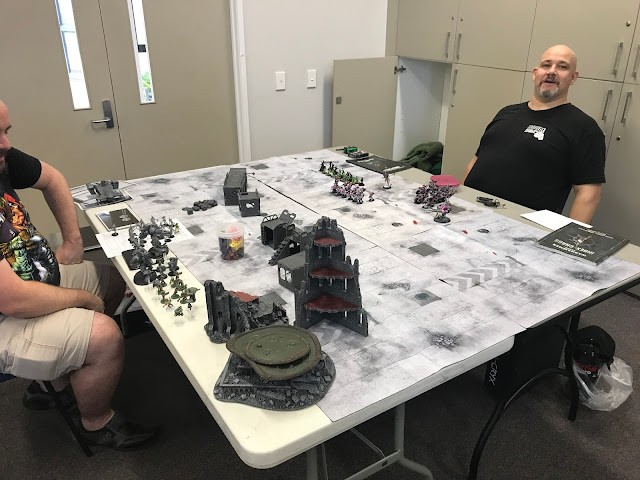 Tau and Noise Marines hitting it! 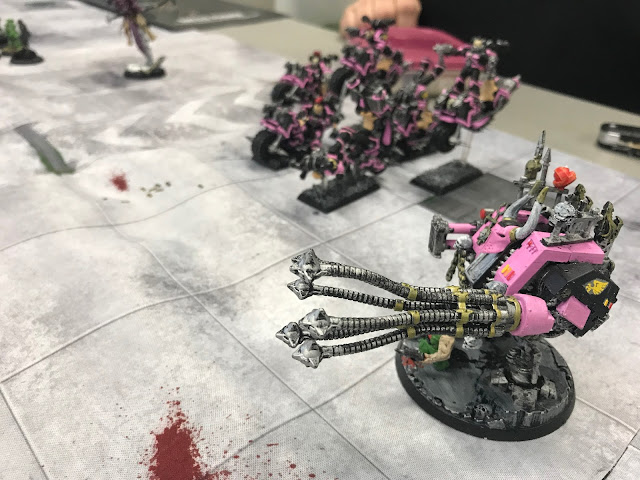 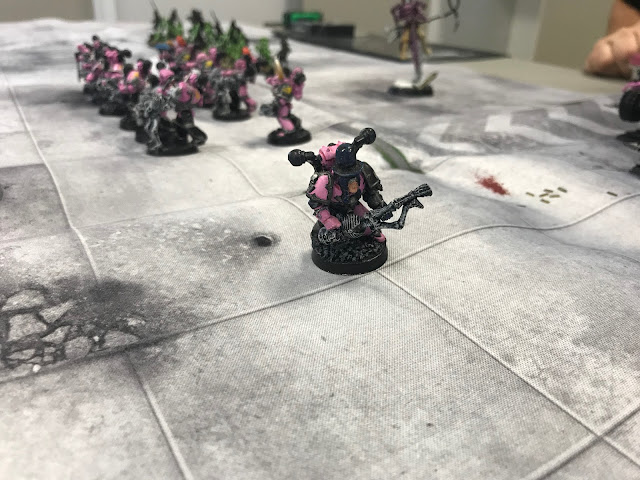 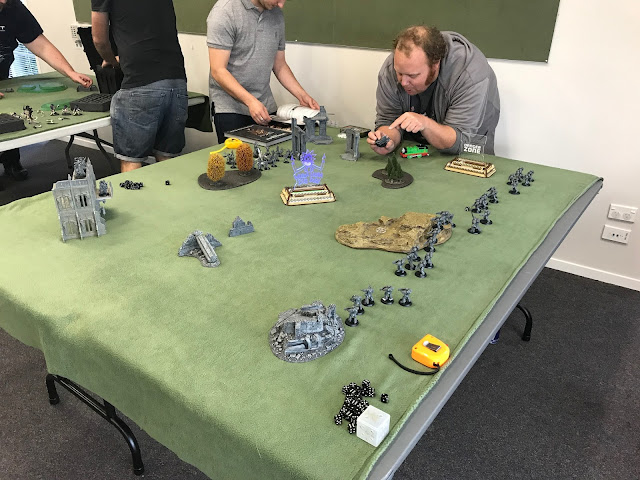 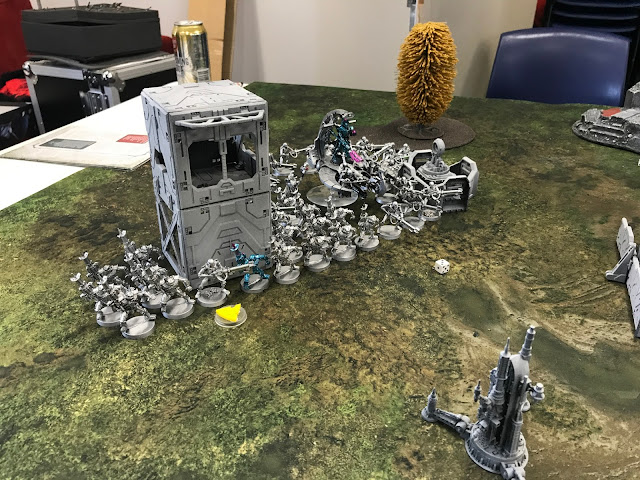 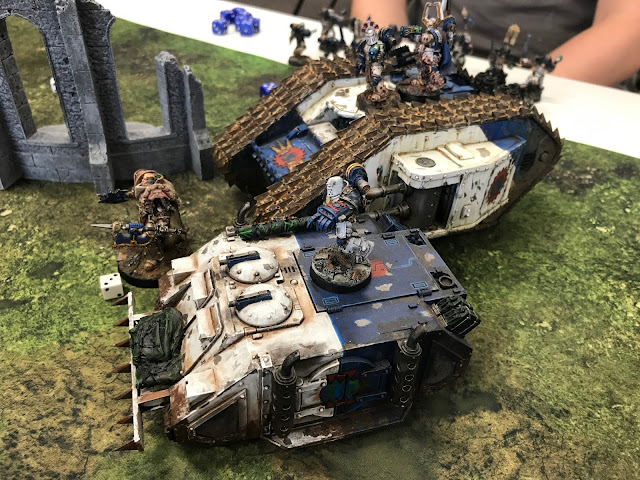 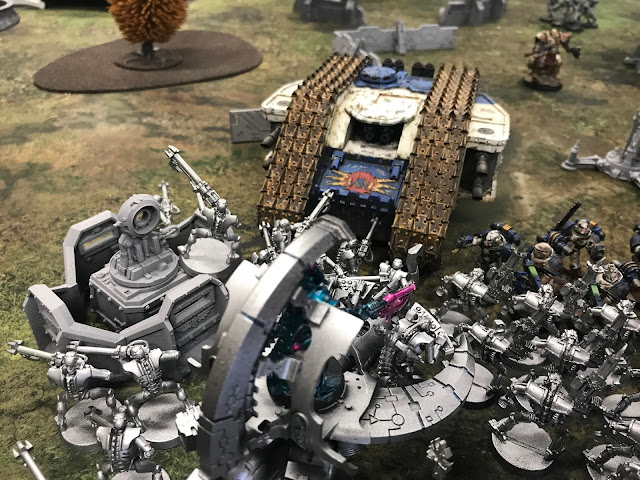 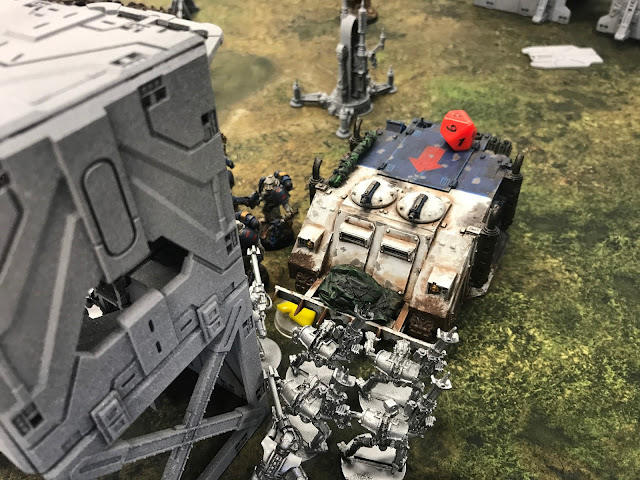 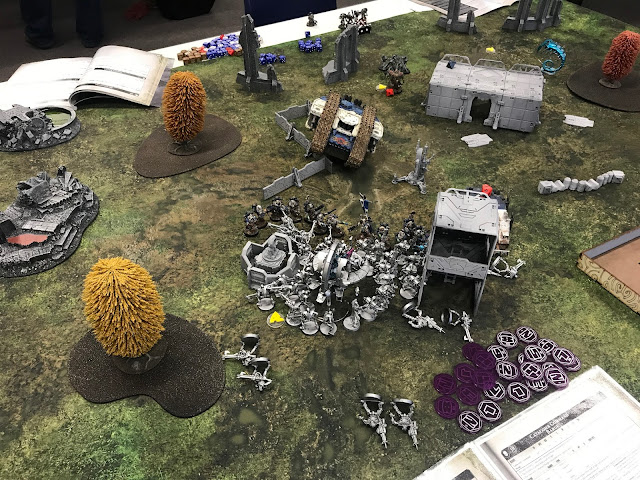 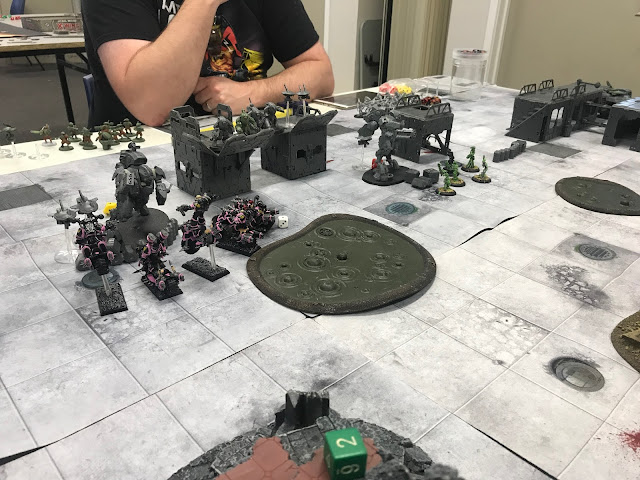 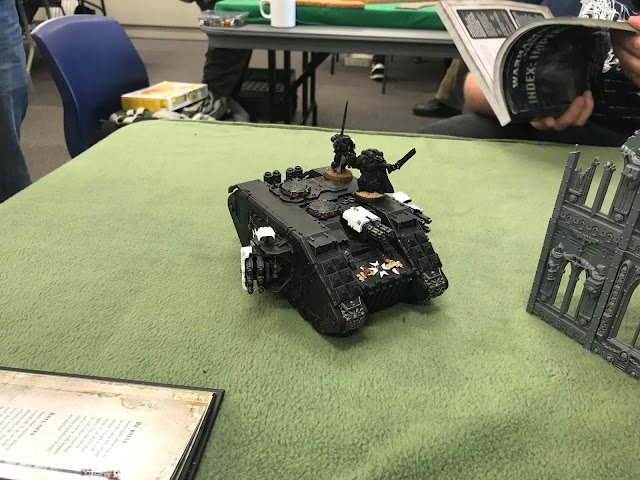 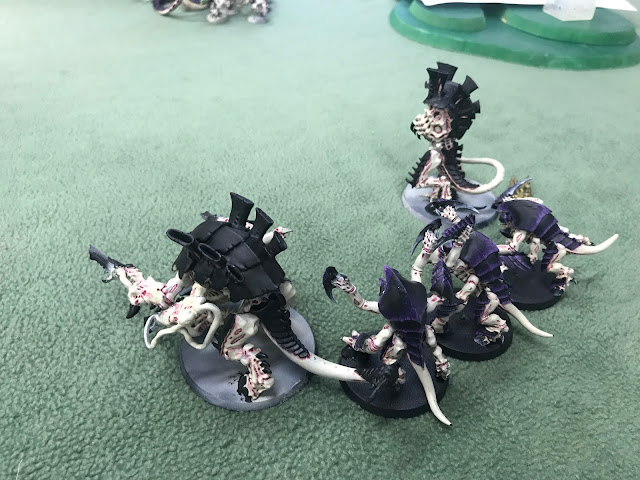 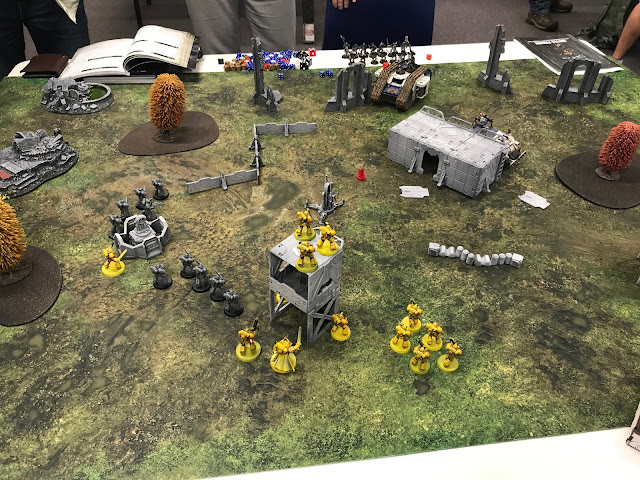 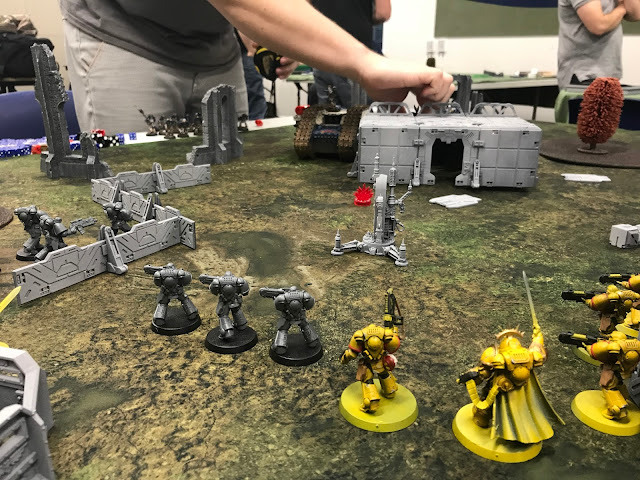 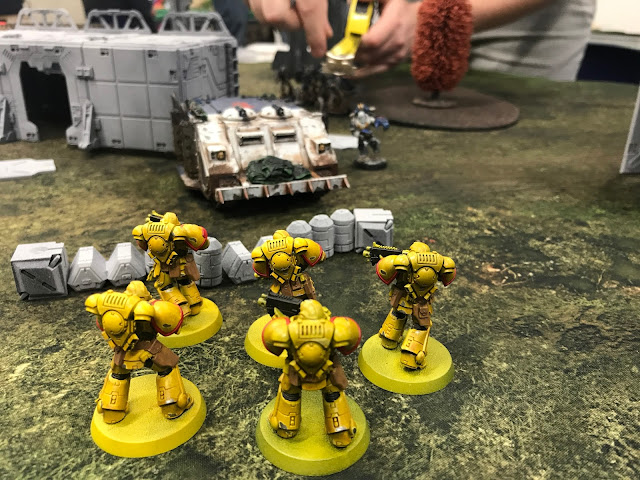 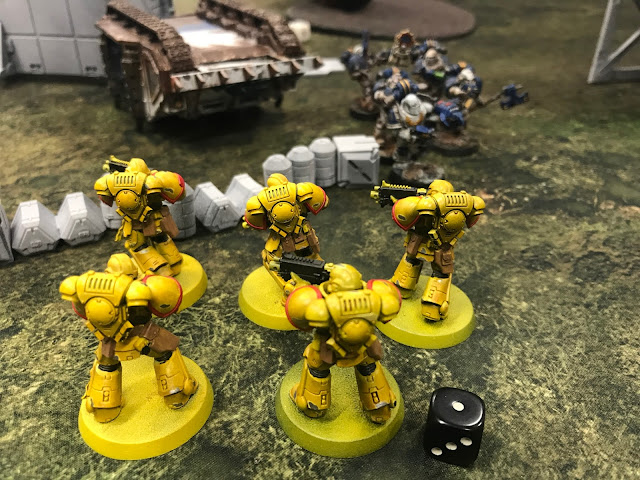 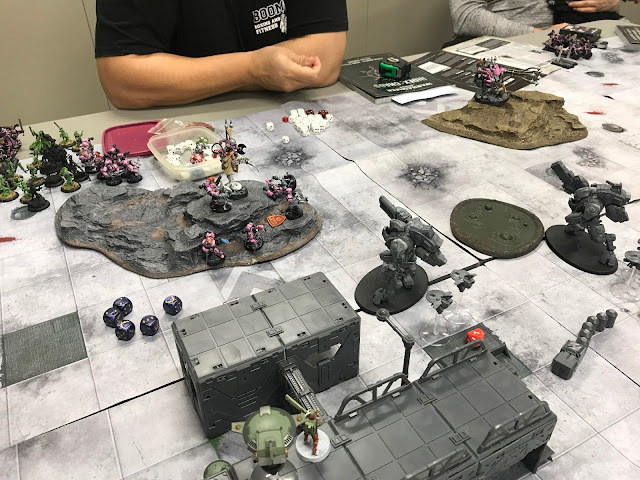 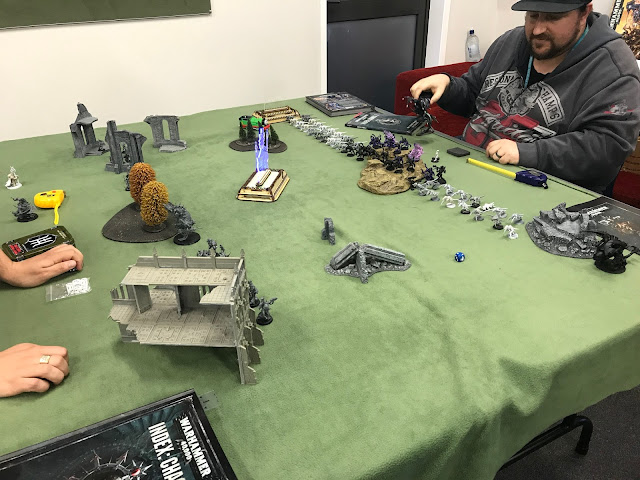 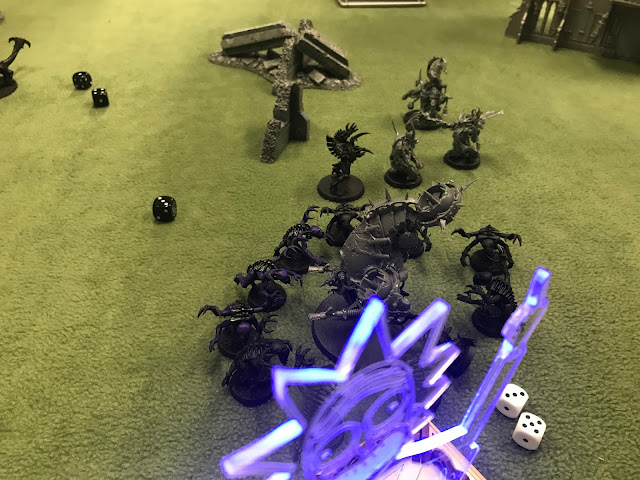 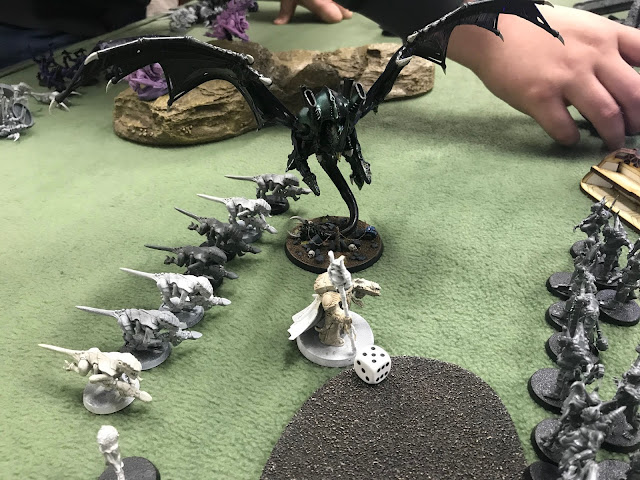 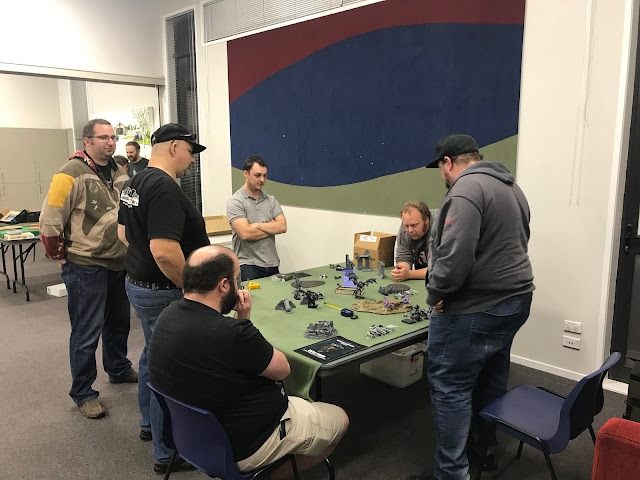 You'll have to excuse the unpainted models. A lot of us have recently only acquired our armies! 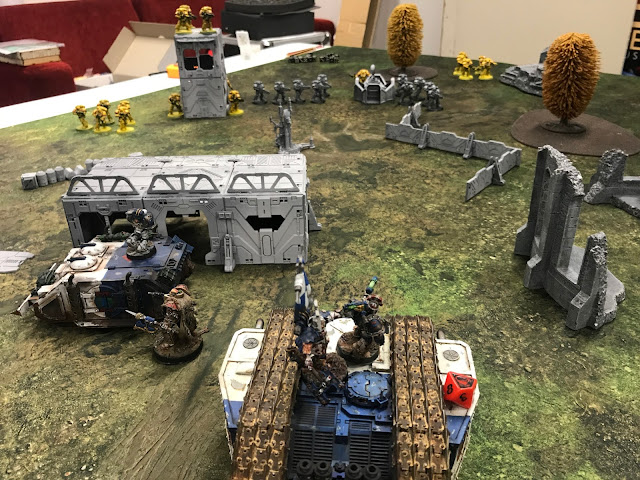 And while all the HYYYYPE! was around 40k, we still managed to get a few more systems in the door!

X-Wing, Flames of War and Blood Bowl all got a run as well! 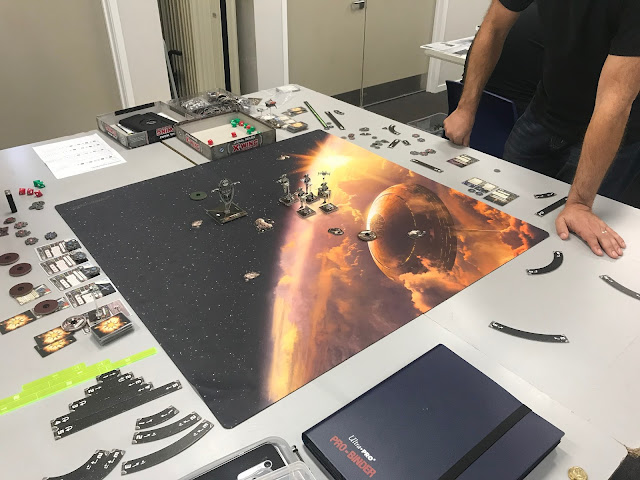 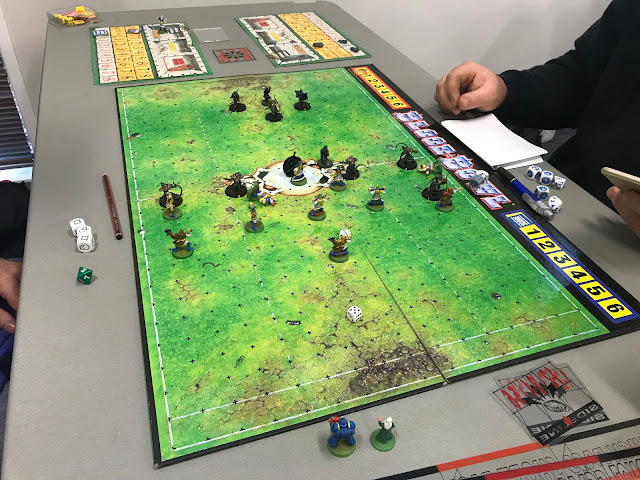 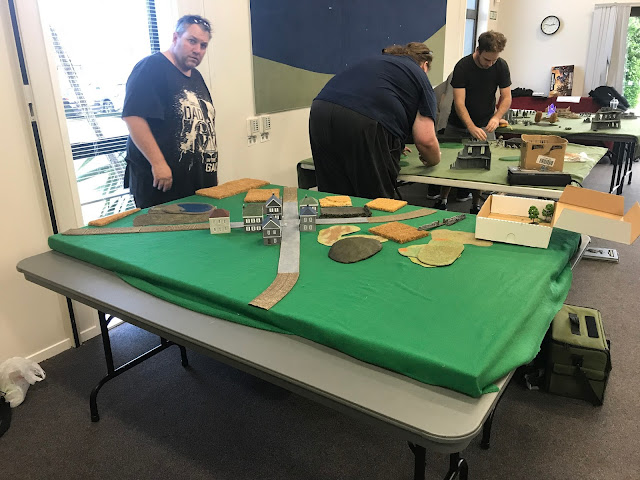 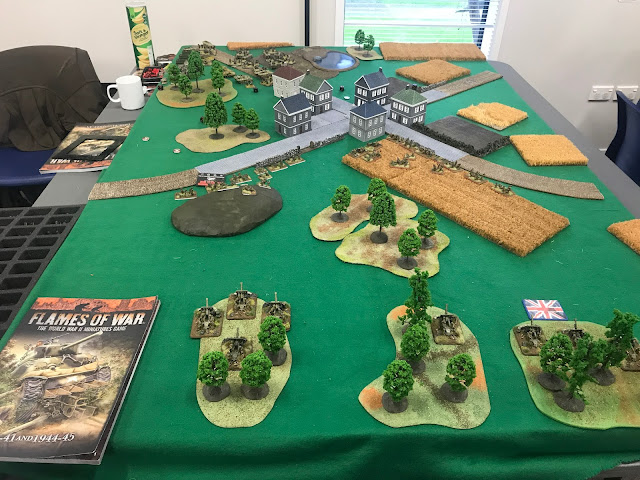 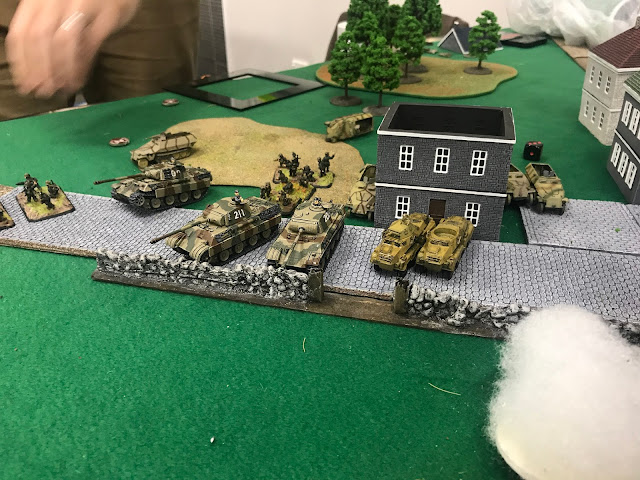 So, there you have it team! Another club meeting in the books!

And, if you're not convinced of the Legitness and/or Hypeness of 40k, then maybe you should come and check it out!

In the grim darkness of West Auckland - Club Meeting 4 June

Attendance was a little light this week. Nicon was on and a few of the regulars were away representing the club, but the didn't stop the rest of us having a great time.

The big highlight was an inaugural game of Warhammer 40,000 between Damian and David, but first everything else.

A game of Bolt Action (Brits vs Germans), some X-Wing (Poe Dameron and some X-Wings vs bounty hunting scum), and two games of Flames of War - one of which was a recreation of Operation: Deadstick, better known as Pegasus Bridge. Unlike the historical battle, things didn't go well for the Allies and they failed to capture the bridge.


And now for the main event - Damian's funkadelic Necrons against David's Heresy themed World Eaters (the models are 30k, but he used the standard 40k rules).

If you know one thing about Damian, it's that he's not a fan of the recent editions of Warhammer 40k. Based on the photos below, it looks like the changes made in 8th edition are to his liking. A lot of the rules bloat and psychic silliness is gone, leaving behind streamlined and sensible rules that make for some fun gameplay. Now for some photos.

The first turn was relatively straightforward. The Marines advanced in their Rhinos while the Barge traded largely ineffectual fire with a Land Raider. The second turn was when things got really interesting as units got into charging range with each other.

In the end, Damian and David decided to end the game. Damian didn't really enough enough anti-tank weaponry to deal with the Marine vehicles, but both players enjoyed the game regardless. If this is an indication of how games will play in 8th Edition, this bodes well for the future of 40k at T.C.O.W.

I guess it's time to crack on with my Tau models.
Posted by Andrew at 06:04 No comments: