Don't You Remember When We Were Young: Club Meeting - 26 March

Greg was absent this weekend. He swapped rolling dice for Rolling in the Deep at the Adele concert.

Rumour Has It, he said He Won't Go, but his wife said this would be her One And Only chance to see the singer in concert, so he avoided the Cold Shoulder and showed some Sweet Devotion.

Unfortunately, there was a lot of Skyfall, making Greg wish he could Set Fire To The Rain. Meanwhile, the rest of us ended up feeling the way we did When We Were Young; Turning Tables on our opponents, leaving the victors basking in Hometown Glory.

We didn't have a huge turnout last weekend, but still managed to get at least a half dozen games in. I didn't get any photos, but I'll link to some later on.

There were two games of X-Wing, some Elf on Elf Blood Bowl action, the world's least historical Bolt Action game, and an epic game of... Epic.

I didn't see much of one of the X-Wing games because I was too deeply engrossed in my own. I fielded the full Phoenix Squadron from Star Wars Rebels (Ghost, Phantom, and Sabine's TIE Fighter) against Boba Fett and some potent Scum fighters.

The battle was tense, with me learning the hard way that the bounty hunter is best kept at a distance. Even though I won in the end, all three of my ships were one hull point away from destruction. Easily the most thrilling game of X-Wing I've ever had.

Over on the Bolt Action table, some winter Germans went up against a LOT of Japanese infantry down the main street of a small English town. The Germans drew first blood with devastating nebelwerfer salvo and the Japanese had trouble evening the score with their bayonets, swords, and spears.

With his Japanese sent packing, Paul switched from soldiers to gladiators and played a particularly bloody game of Arena Rex with David. You can check out photos from the game on the Arena Rex Facebook Group. You'll need to join up to see the photos, but it's well worth it.

And that's basically it for this weekend. See you all again in two weeks time - or next weekend if you're attending Grand Slam.
Posted by Andrew at 02:52 No comments:

That's right ladies and gents (and Faizal) Flames of War V4 has officially been released and we at TCOW were lucky enough to host one of the launch events in cahoots with the supremely awesome dudes at Mighty Ape! Dave managed to secure a goodly number of the new EW/LW 4th Edition swap-over books for players who showed up with their V3 rule to grab a hold of! 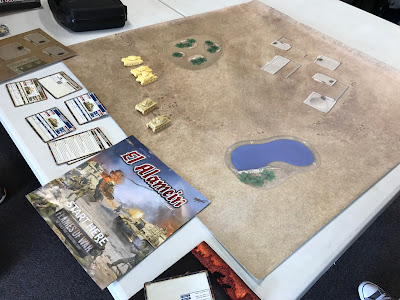 So what better way to ring in the new addition than by getting a few games in!? We had four Flames of War V4 games played with both MW and LW covered off.

Gav and I played two games, 1575 LW, with my Panzer Kampfgruppe taking on Gav's Tankovy. First up we played Dust Up followed by a good, old fashioned Free-For-All! 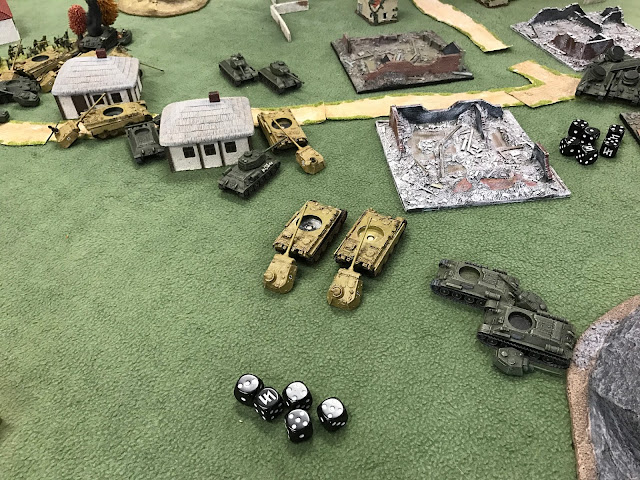 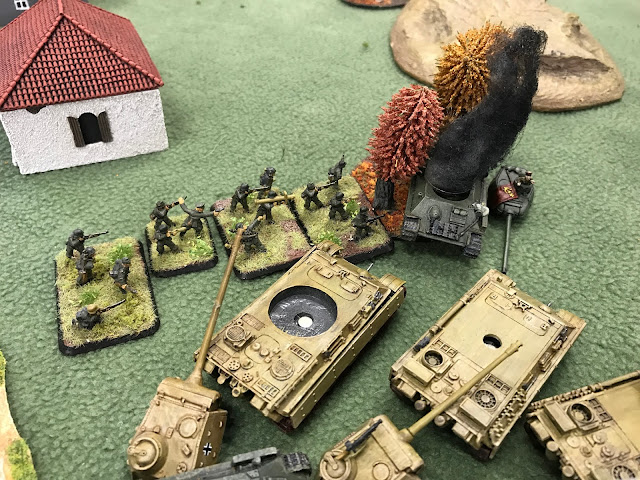 Jon and Scott played some desert action, German on German training mission by the looks of things here. 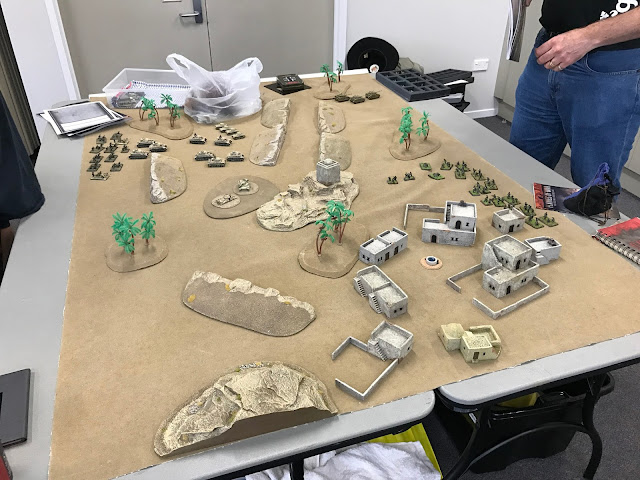 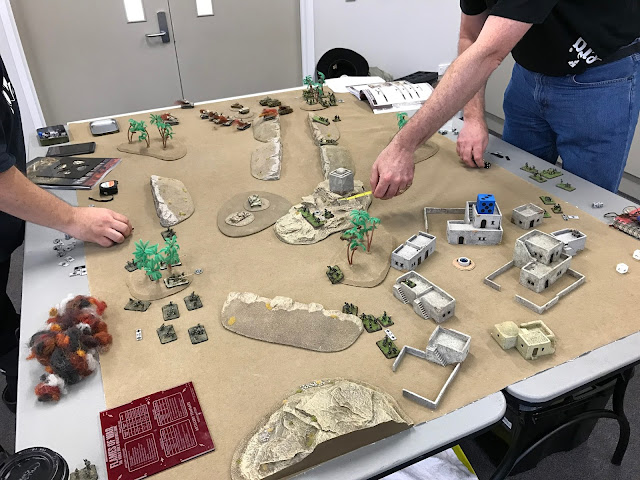 I'm pretty sure the German's won this one...

And finally, Damian and Daryl hit the steppes with the mighty Cossacks taking on some Big Cats... 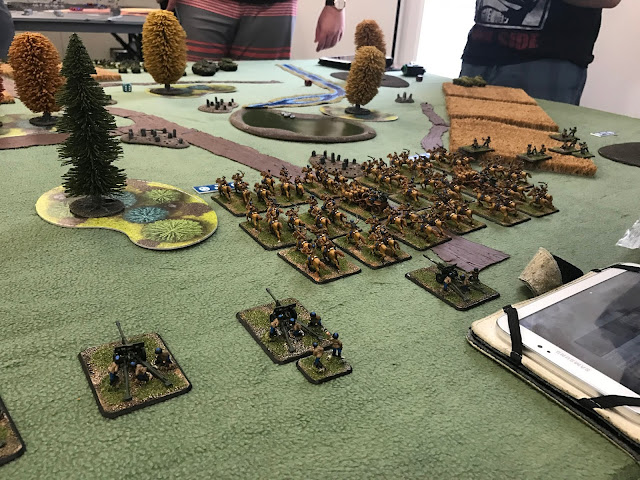 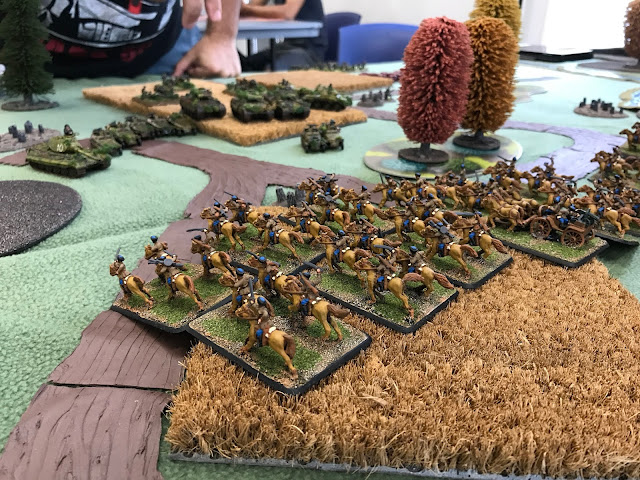 All in all, the comments on how V4 played was very positive from all players, which I think bodes well considering the recent and very vocal concerns from the FoW community at large.

So, if you want to get into some V4, I recommend heading over to Mighty Ape and ordering one of the following items: The El Alamein starter box gives you a quick start to V4 MW. You get everything you need to get a quick tank on tank game started, including a mini rulebook!

Buy yours now at Mighty Ape!

For existing players, you can also purchase the new V4 MW rules from Mighty Ape as well. Version 4 MW Rules.

And we didn't just have Flames of War played this week.

Dave played a starter game of Guild Ball using the new Kick Off boxed set. I must say that this is really starting to pique my interest, but its just going to have to wait.... 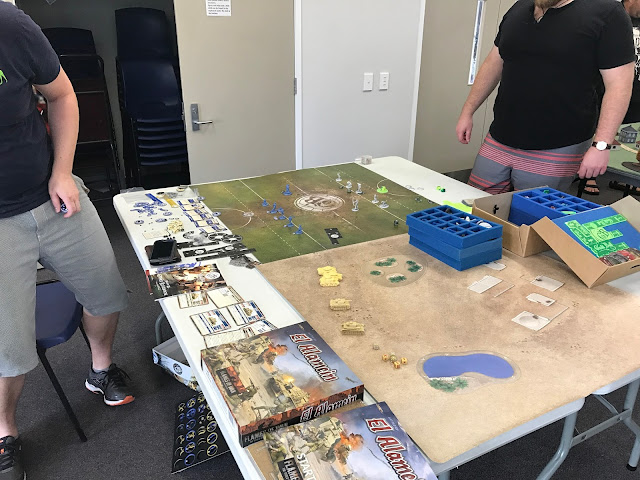 Because I FINALLY popped my Star Wars Armada cherry this weekend and I am HOOKED! What a great game! 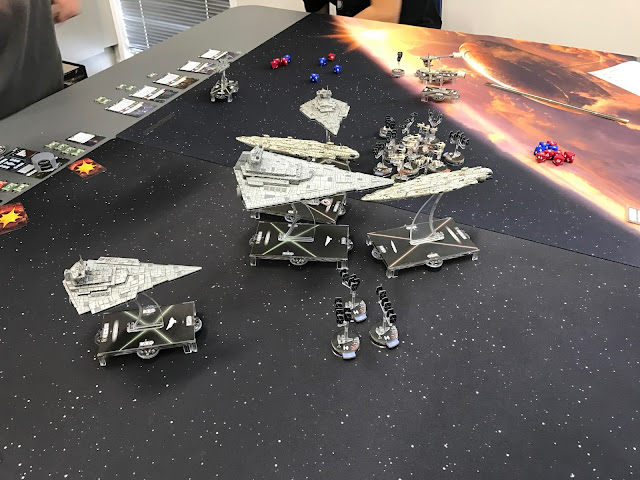 Its the right amount of tactical and narrative for me to really have fun with, so it looks like I'll be getting a heap of new ships soon. 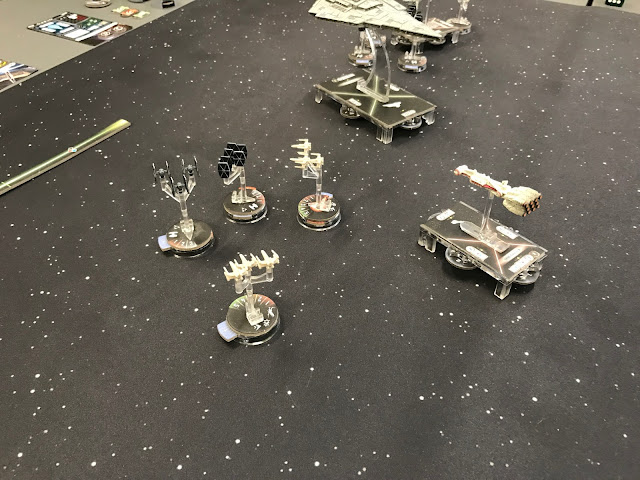 We also had Girl Guide cookies for sale....much to the lament of those on diets.... 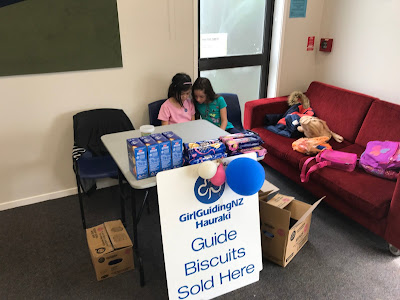 So that was that! If you couldn't make it to club but want to get your V4 books from Mighty Ape, check out the details below...

Until next time, GAME ON!

Mighty Ape - Version 4 Flames of War Rules
Posted by Greg at 00:43 No comments: