DanCon II: Electric Boogaloo - The Results are IN! 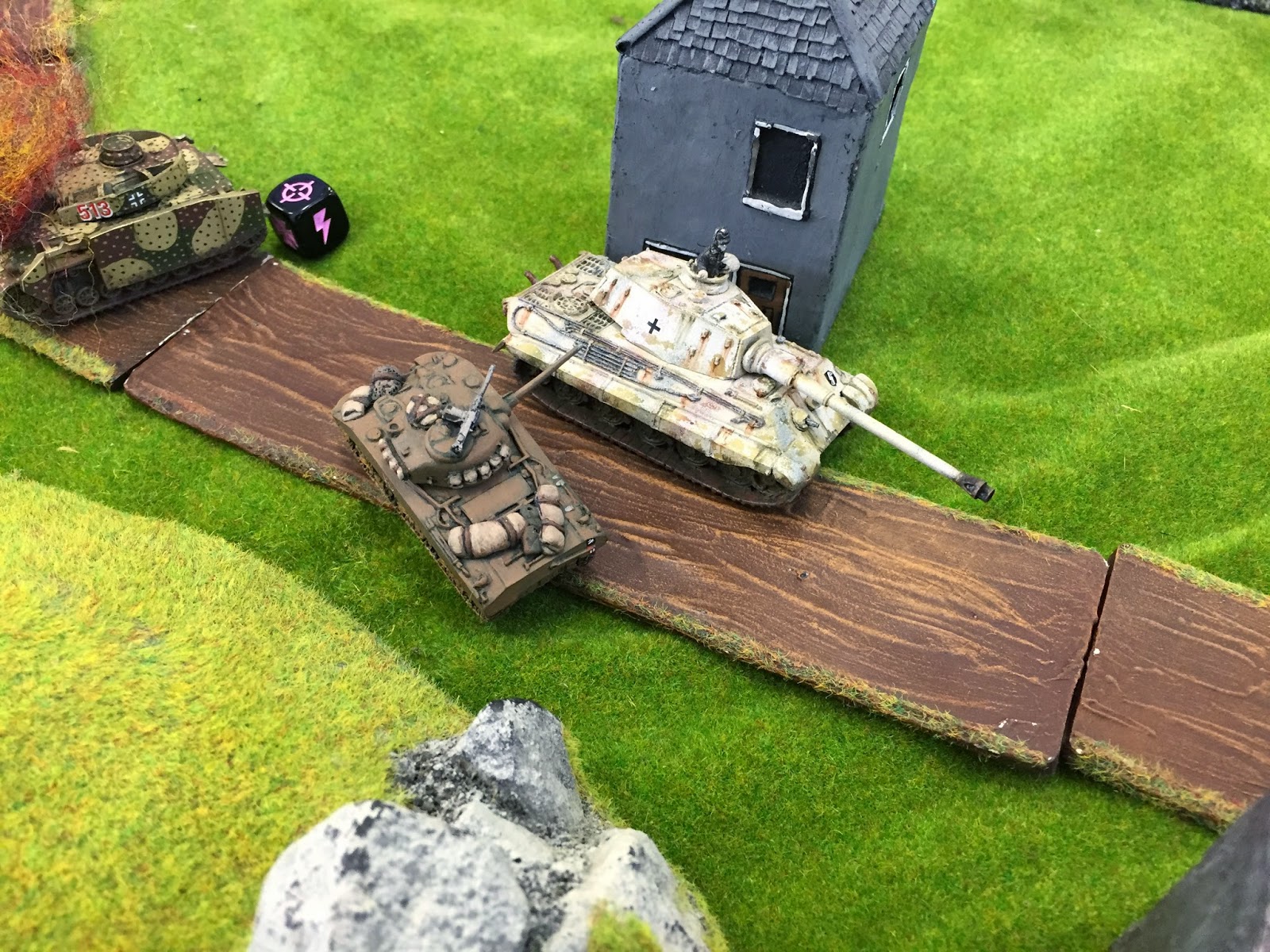 22 gamery, beardy types descended on TCOW yesterday, vying to walk away the undisputed* champion of Flames of War in the entire known universe. Battles of cunning, guile and just pure dumb luck to be fought and tales to be told of dice rolls that could be and plans that should have worked.

But, in the end, only one could be named the victor and take the crown....and I'll tell you who that is a little later on. First up, a reminder of what the rules of the day were:

700 point, briefing legal, LW forces.
Random doubles which changed with each round (apparently!).
Random (mostly) missions.
Team points score for each player on the team.

(As there was only 22 players, the final pairing would play a mano e mano battle on a 4x4 table)

So, with the scene set, we awaited the pairings and opponents for the first round to be drawn from.....THE HELMET: 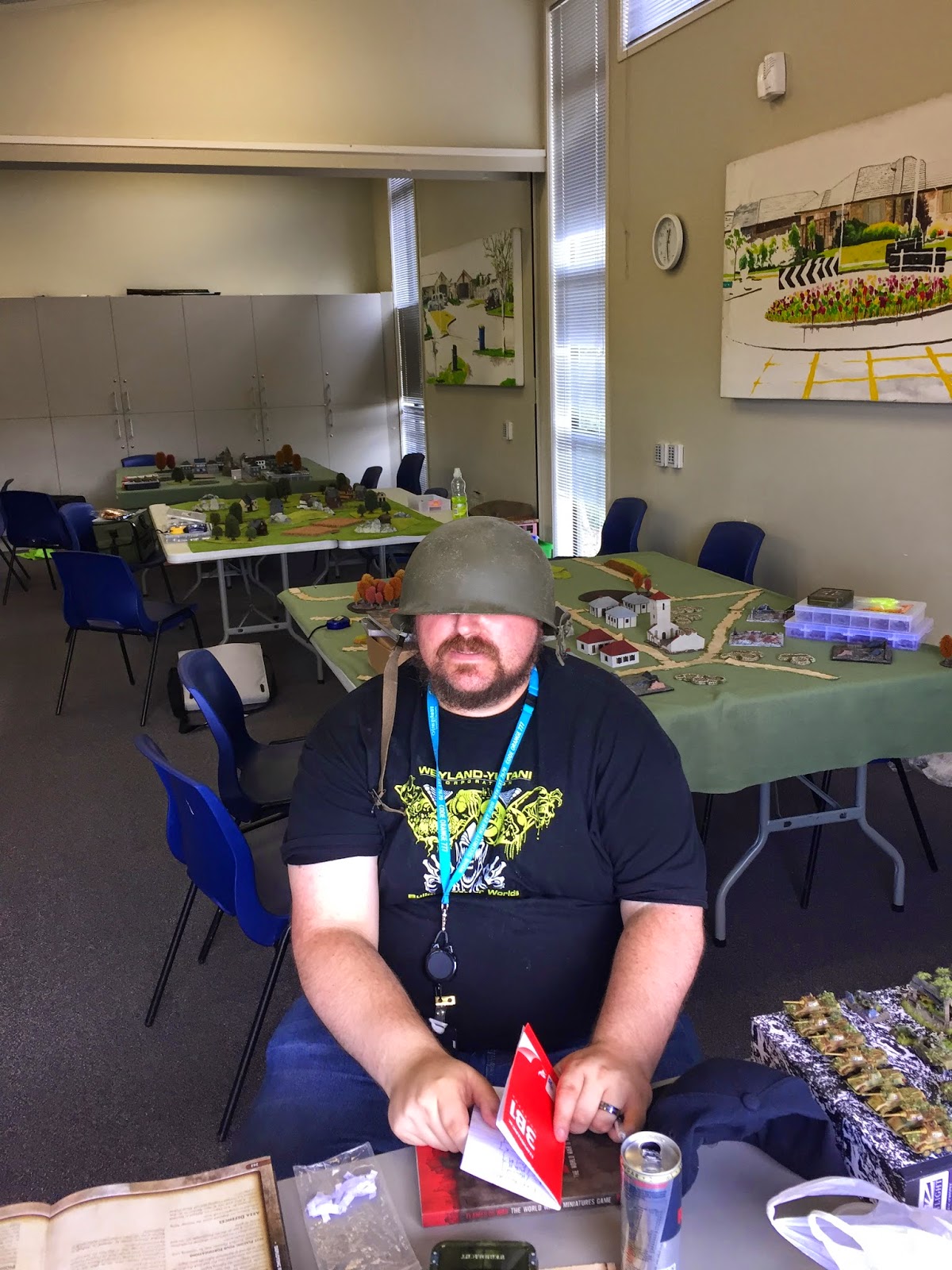 ROUND 2
Mission: Free For All 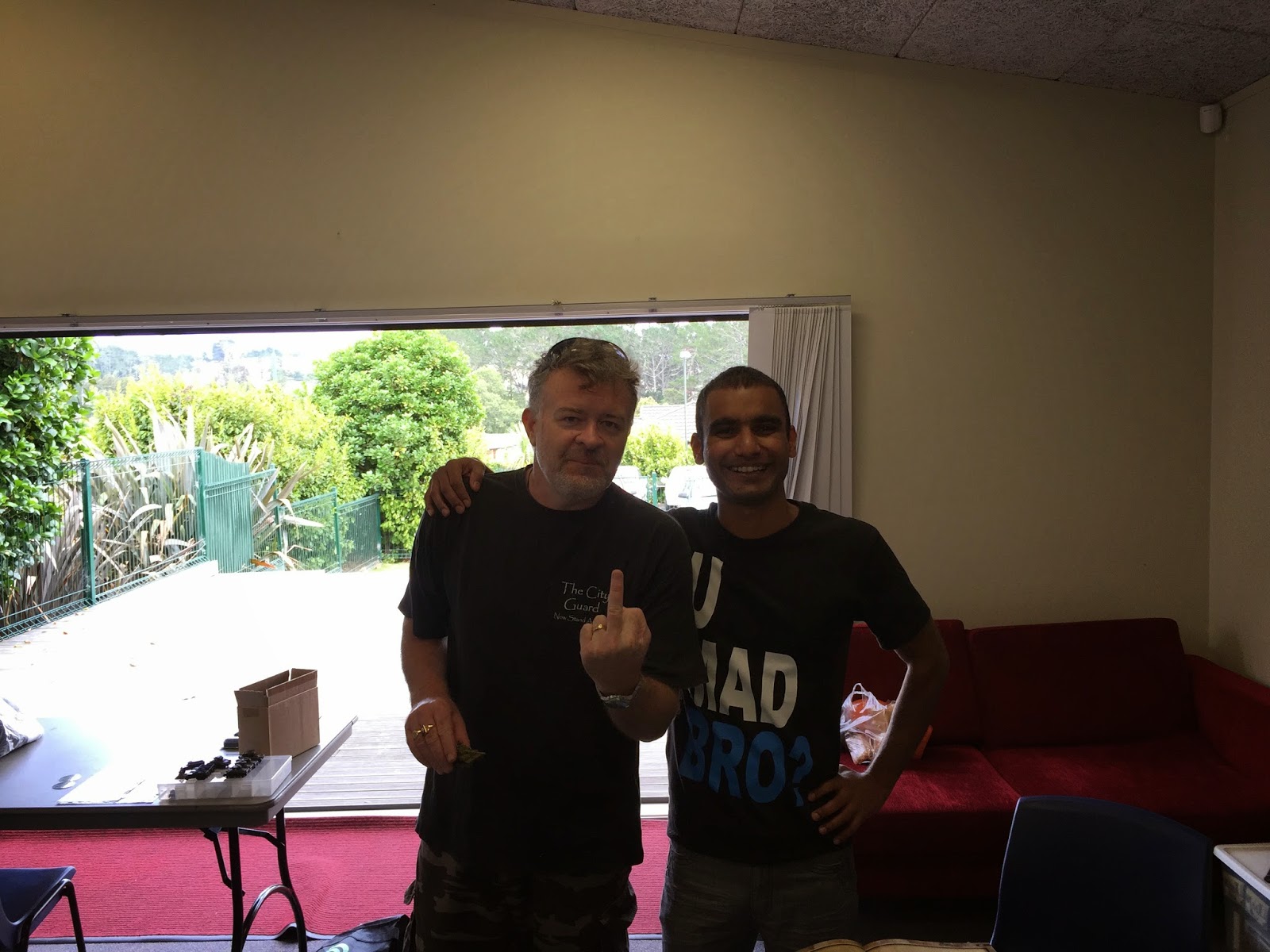 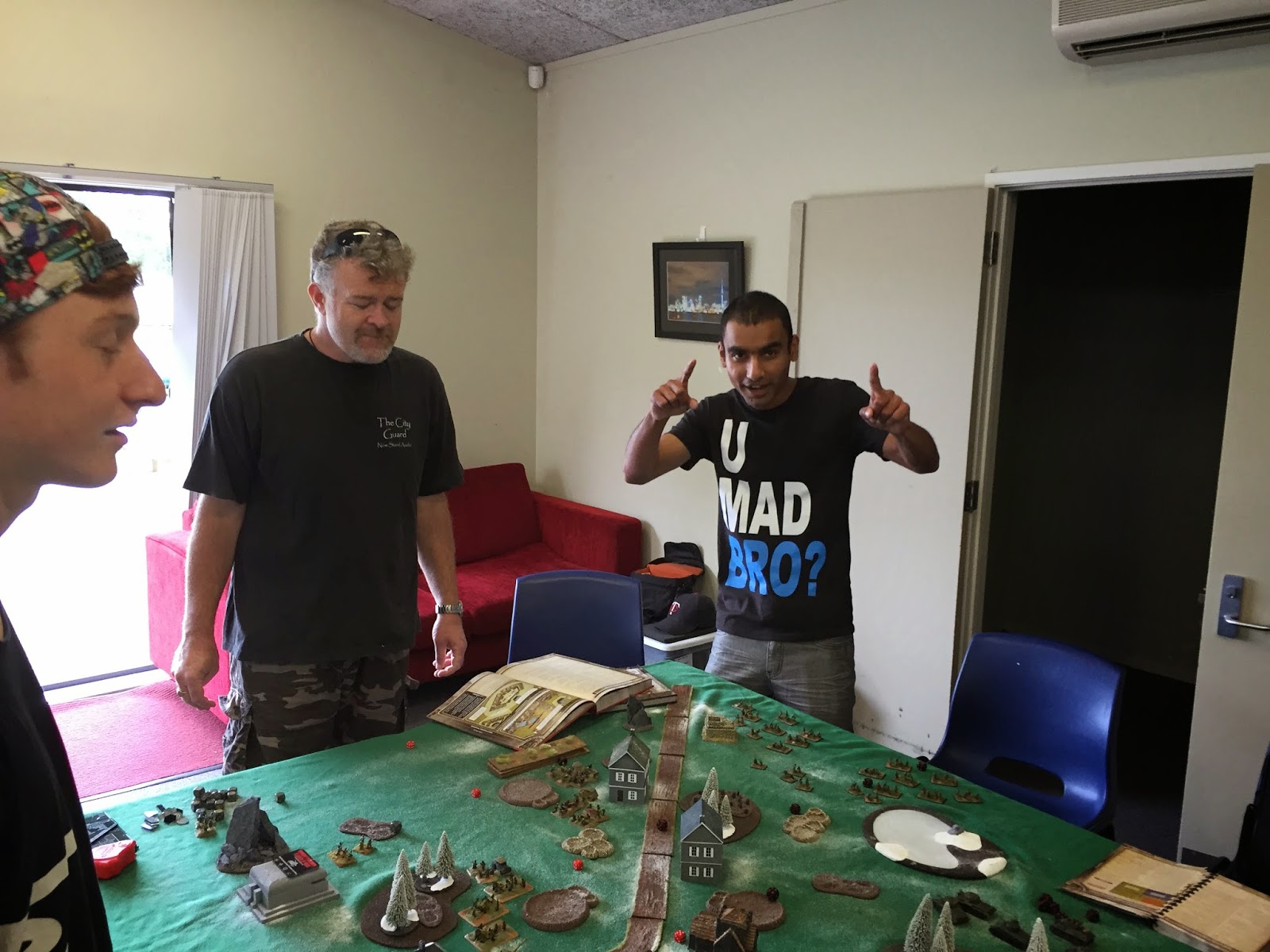 Faizal loved his time with the Bludgelord so much, he's even changed his Facebook profile picture to the one on the right! Respect!! 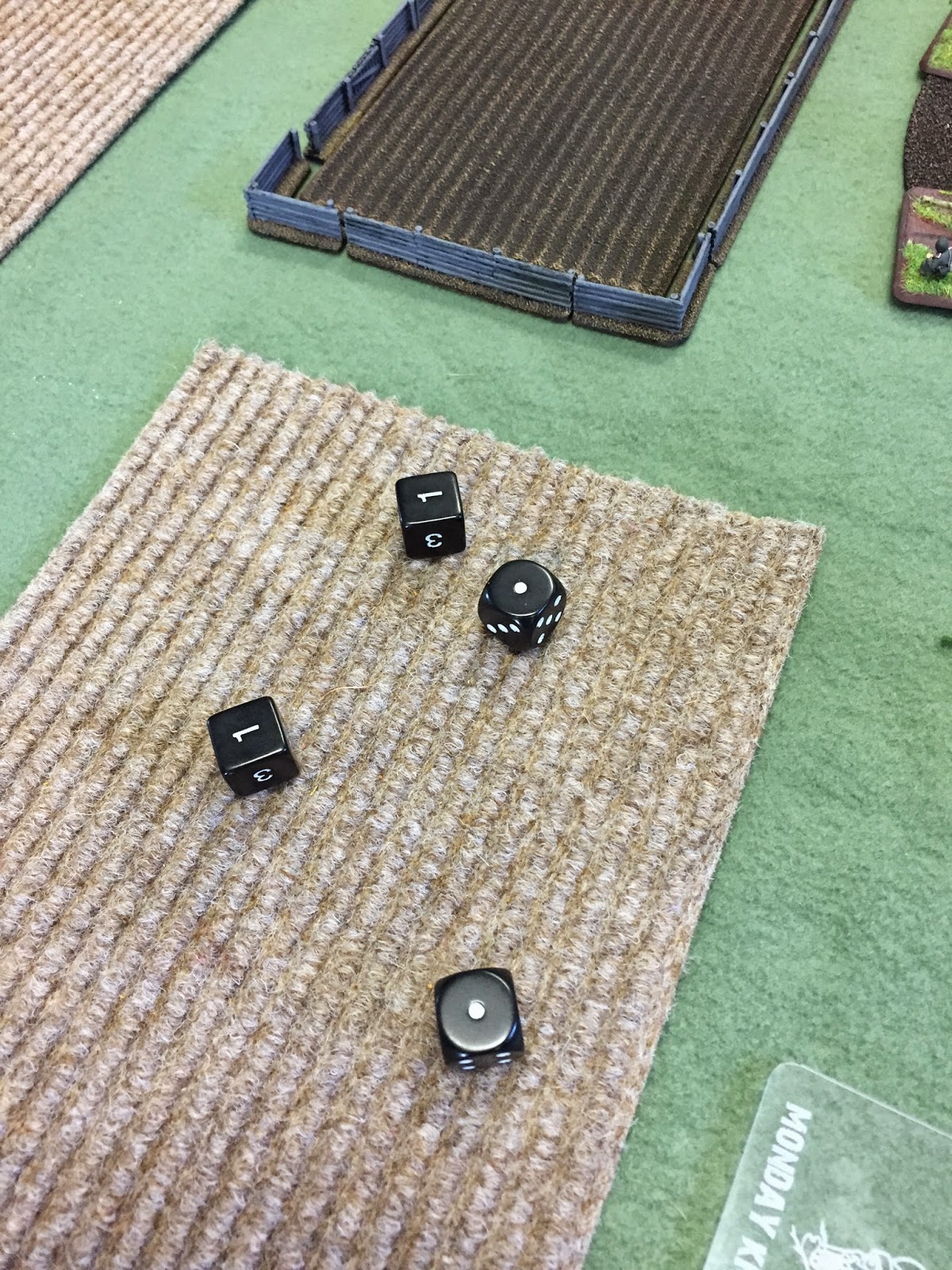 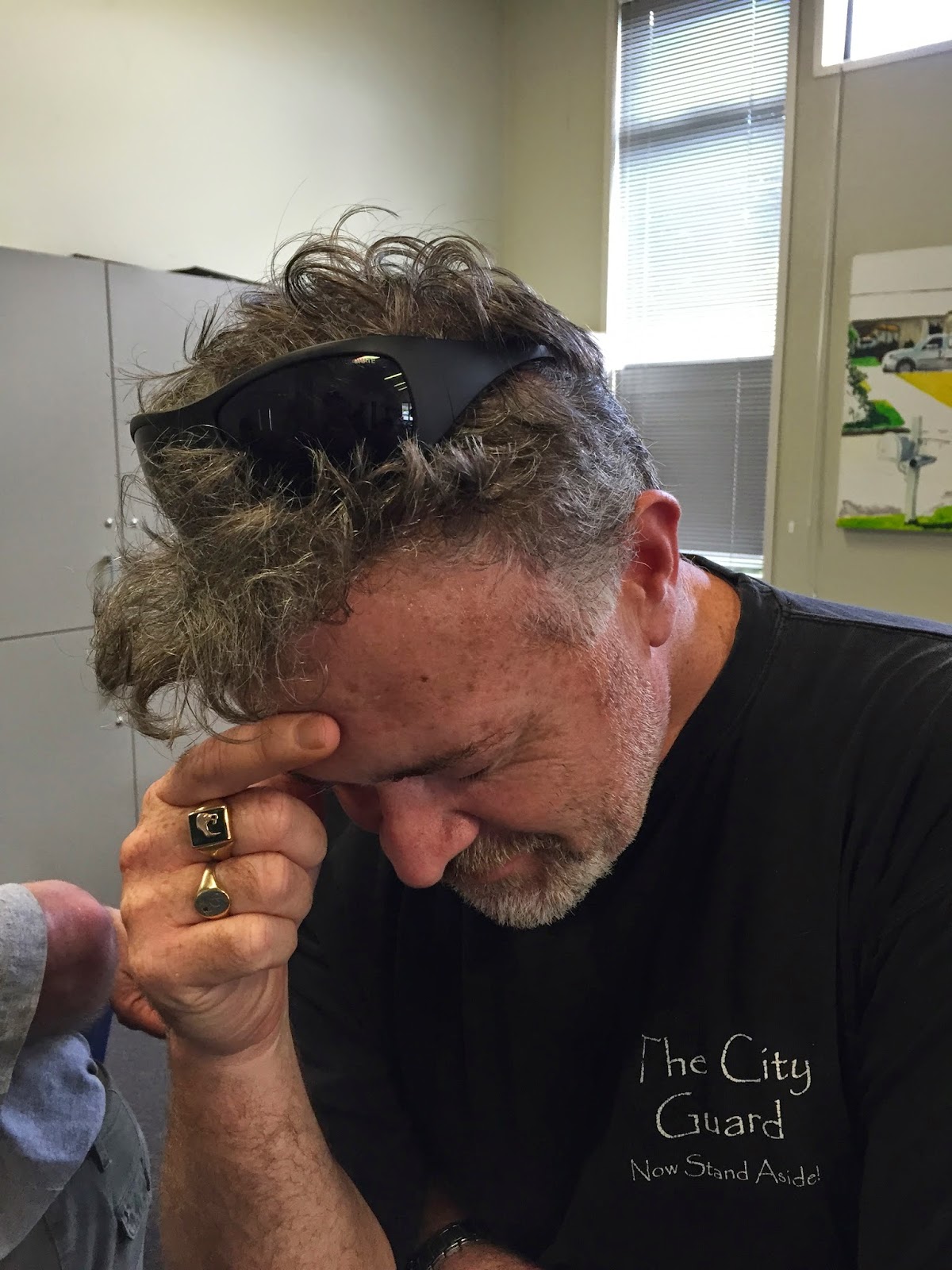 I did manage to witness some amazing dice rolling from Jonathan and also captured Damian's immediate response....given Jon was on his team...

Jonathan, post the double snake-eyes, then rolled another 1 followed by a 2.


ROUND 4
Mission: No Retreat

Now, I dont know about you, but Monkey and I featured in ALL of each other's games. Random selections my left right....

So, with all the games done and dusted, it came time to collate the results, count the points and crown a champion. Drumroll please...

Now, for those of you who think that events like these are easy to run, you're probably wrong so muchos respecto to the guys that make these things happen. Tables look pretty bare without terrain and we're pretty lucky at TCOW to have dudes like Dan and Monkey who have a heap of it and let us play on it. Behind the scenes, behind his cool, calm exterior, Dan is furiously working calculations and making sure that everyone is having fun.

At the end of the day, we're all just playing toy soldiers.....

And here are some more photos....keep an eye on Mike's blog over at Scary Biscuits Studios because he takes some great shots. 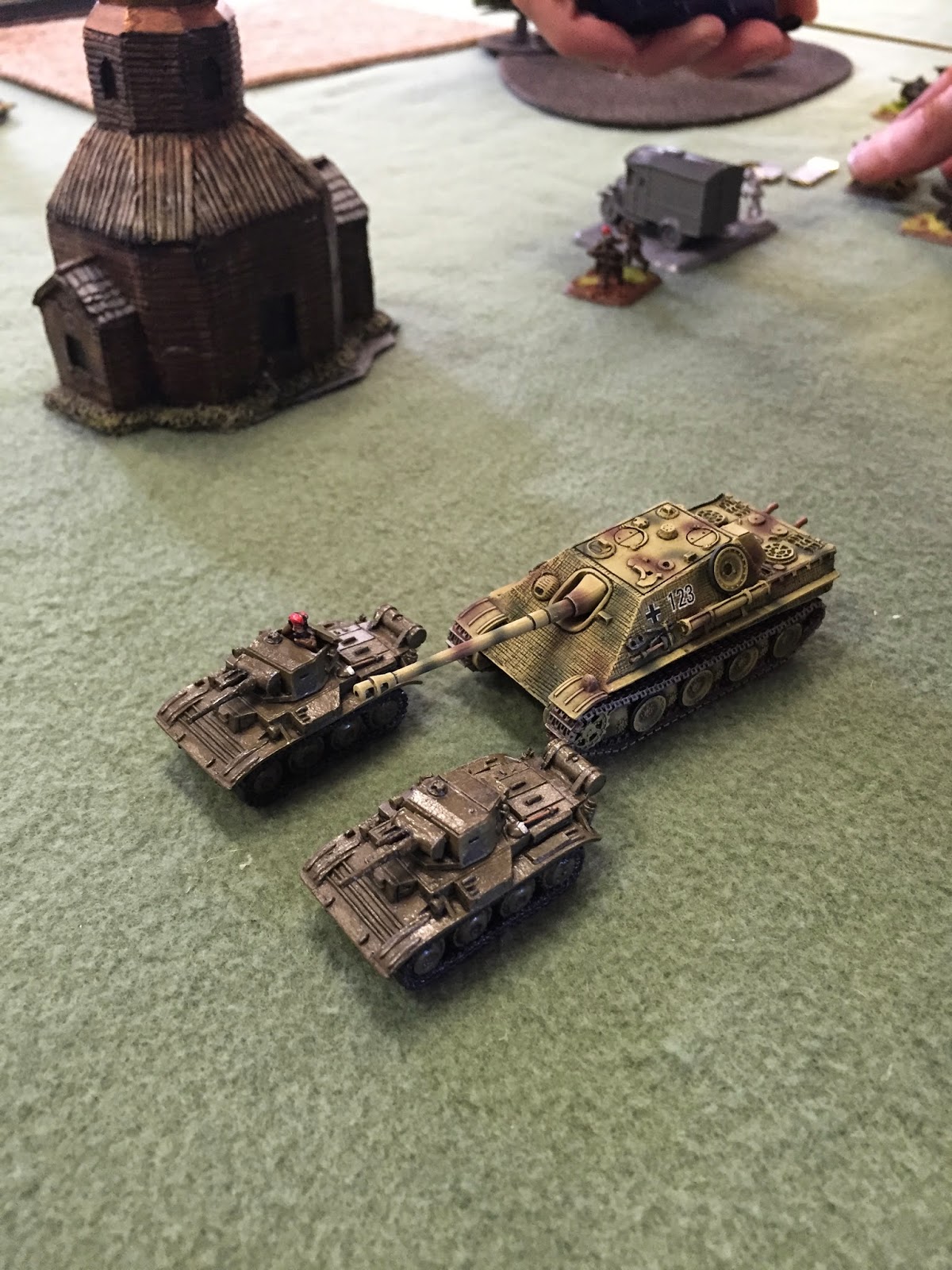 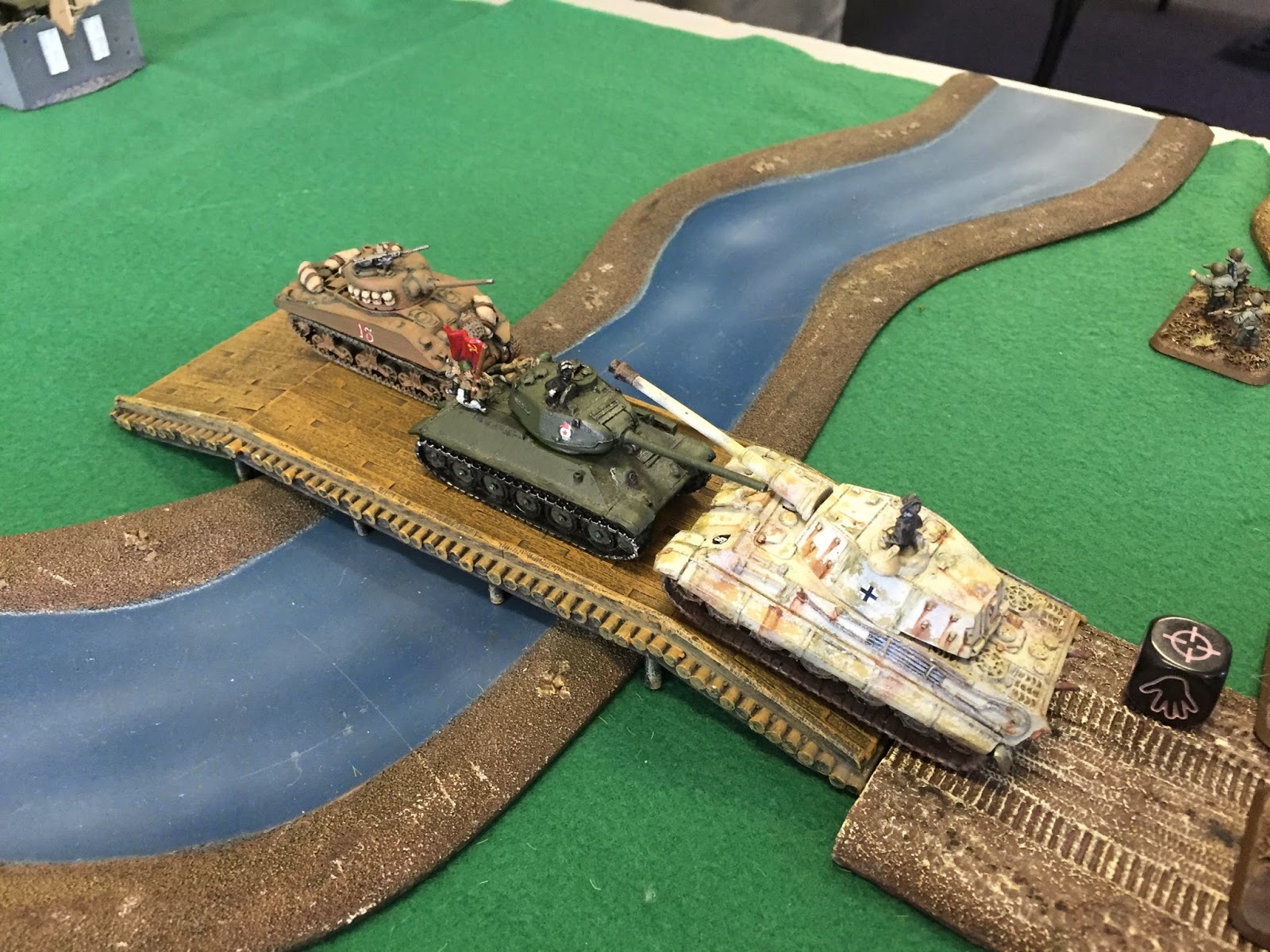 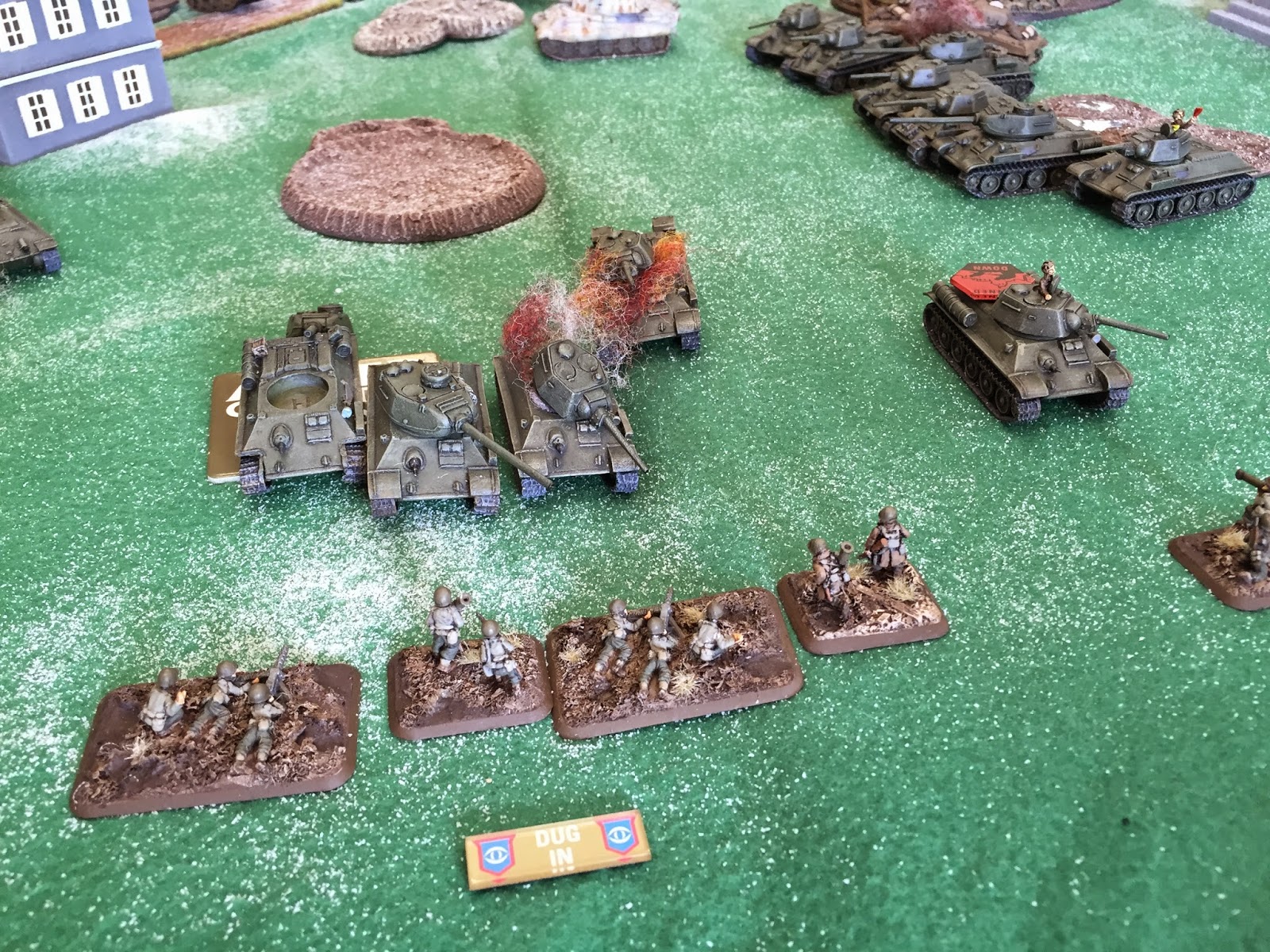 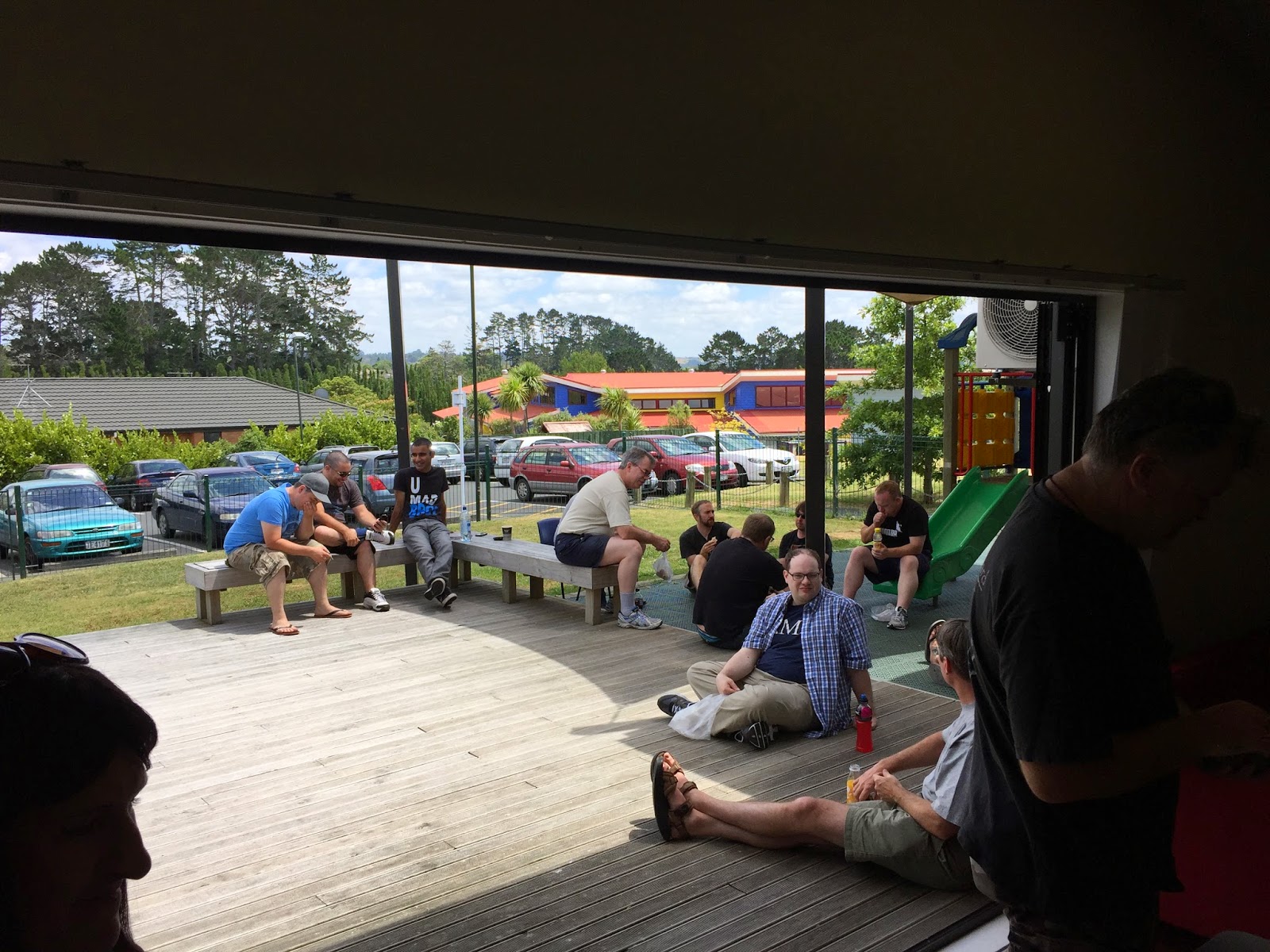